Who Is Not Helping The Vulnerable Poor In This Difficult Time? 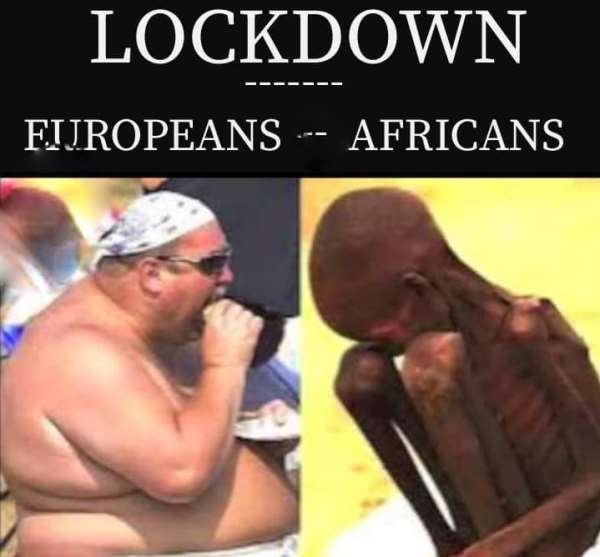 Some people on social media have been saying that in Church when it's that time for paying tithe, somehow the musicians and the choir never step forward to contribute. In fact that this is the time they start playing their instruments frantically, singing loudly and performing the best dances...to pass that critical moment as innocently as possible.

Basically the people on and behind the podiums, be it in politics, religions, entertainment or wedding meetings, are the ones hiding from contributing.

The reason why I am saying this is because besides not yet clarifying the question why there is a lockdown yet he claimed to have a patented cure for the corona virus respiratory disease, one would expect a president of the republic to be first in leading the drive for donations towards "the vulnerable poor".

From the president, then his wife, his brothers, then their responsible mature children, surely then the Vice President, the Prime Minister, the generals, the brigadiers the colonels, the heads of police, military, prisons, intelligence and special forces services, the ministers, the state ministers, the permanent secretaries, senior government officials, the justices, the university Chancellor's and professors, the Ugandan ambassadors abroad, the foreign embassies here, the RDC's and their deputies, the directors of government departments, institutions and state corporations, the party MP's, the mayor's, the councillors, the LC's, the senior party cadres and actually the entire party membership, right?

One would also expect their private family businesses, their business partners, all the foreign investors, all the big local and international banks in the country, all the media owners, general managers, marketing staff, editors, presenters, news anchors and journalists, the star musicians, comedians and entertainment events organizers, the traffic police, the lawyers, the engineers, the business owners, the big farmers and ranch owners, the architects, the economists, the historians, the artists, the tour operators, the book authors, the publishers, the school head masters, the human rights & political activists, the motivational speakers, the accountants, the bouncers, the Uber drivers, the technicians, the government inspectors, the political party leaders, URA officers, the sheikhs, the apostles, the bands, the chiefs, the fake gold conmen, the criminals for hire, the land grabbers, the real estate moguls, the car bond owners, the loan sharks, the operation wealth creation officers, the NGO staff, the academics, the bataka, the Miss Uganda's, Miss Tourism and Miss Matako, the Mr. Uganda, the international marathon athletes, the researchers, the local football stars, the scientists, the telecoms companies, the traditional healers, the slay queens plus all those party money-bags whom we always read about in the gossip tabloids, to come out and be in the donation line as well.

Each government ministry/institution/department could easily organize a fundraising from all public servants, including from all the eminent citizens running the corvid-19 task force as well.

In God's name, it is not only time for solidarity, it is also time we all give back to the community under this difficult lockdown regime intended to save the lives of all the people of Uganda regardless of religion, tribe, or status, from the deadly corona virus pandemic.

Because honestly haven't we all seen the news reports about the poorest of Ugandans donating their last 5000 shillings (barely a dollar and half) to their fellow poor even before the President, his rich family and his entire government have donated anything?