COVID-19: Father Wants To Go Back To Quarantine Over Stigma Despite Recovery 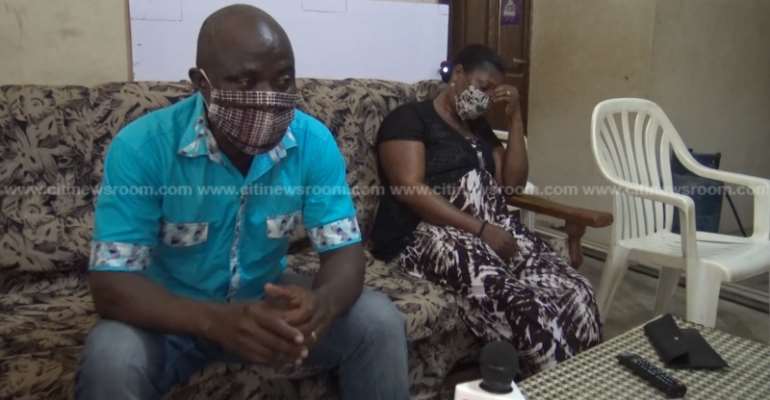 A father of four who recently recovered from the novel coronavirus infection is now facing stigmatisation in his community at Mataheko, near Afienya in Accra.

Because of the stigma, Frederick Drah, even longs for the days he was at the treatment centre at the Ga East Municipal Hospital, from which he was discharged last Sunday.

“I even wish, maybe, I could go back to the [quarantine] camp again,” he lamented when a Citi News team visited his home.

While receiving treatment for the virus, Mr. Drah, who is married with four children, opened up to Citi News in the first instance of an infected person speaking to the media in Ghana.

“People have seen the face of my family on television and so on, so now when you go out to buy things, it becomes difficult [because of the stigma].”

Mr. Drah, who was not exhibiting any overt symptoms when Citi News visited took the bold step to share his experience with the virus to Ghanaians.

His family has been facing most of the community stigmatisation because they have are the ones having to go out to buy food and the like.

“The stigma in the area, when [my wife] goes to buy something or she sends the children to buy something, is becoming a difficult thing for us. We have almost run out of everything in the house.”

Stigmatisation over the virus has been rampant globally with some infected persons even attempting suicide over the matter.

The government’s fear is that the stigma could lead to people hiding possible infections.

“We must build trust in our health system, and ensure the dissemination of reliable information on coronavirus, to prevent fear and anxiety,” Dr. Edwin noted when she spoke at a national press briefing recently.

Frederick Drah during his earlier interview with Citi News

Mr. Drah’s wife admitted that she panicked when she saw her husband openly talking about being infected by the novel coronavirus.

“When I saw him on TV that evening, I wished I had the power to drag him out of the TV set because of the stigma that would follow.”

Mr. Drah also disclosed that other persons also chided him for leaving his identity on TV.

“After your exposure, a whole lot of calls have been coming in from here and there asking me why I showed my face and why I mentioned my name but it was because I had a message for the people.”

His daughter, Betty noted that health workers have been helpful in the period and offer some support.

“We had to encourage ourselves. The doctors that came here did very well. They encouraged us a lot.”

Fredrick’s Daugter Betty (L) along with her brother and mother

Recounting some of the stigmatisation she faced, Betty said: “when we are going to buy something and we go there, they don't sell to us. They tell us that what we want to buy is finished but we see the things there.”

“For other stores, when we are walking, they just point fingers at us.”

Despite the tough times now, Mr. Drah is hopeful things will change for the better.

“It [the stigma] can go on but it will surely come to an end,” he said.