Remember How Mahama Presided Over the Cholera Epidemic in 2014? 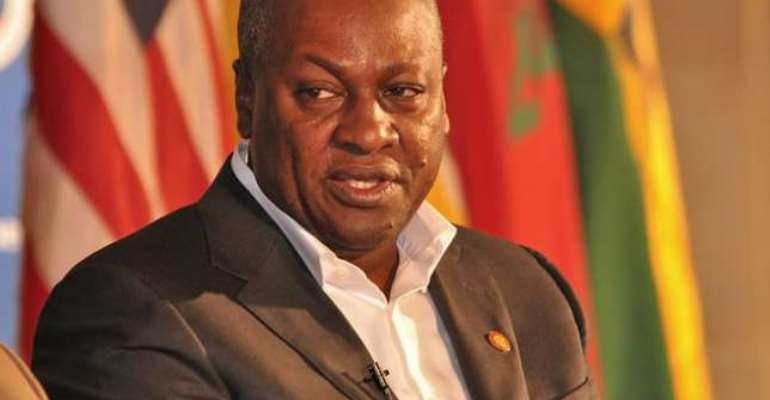 If he was living in Ghana in 2014, under the purportedly first-rate governance of then-President John Dramani Mahama, Mr. Amoah Kwaku Addi, the so-called Chairman of the National Democratic Congress’ Diaspora Supporters’ Union and a virulent anti-Akufo-Addo critic, would definitely not have missed the shameful outbreak of the cholera epidemic in the Central Region and other parts of the country, which resulted in the deaths of at least one medical doctor, in Cape Coast, and a dozen students at the University of Cape Coast (See “Change Akufo-Addo and Save Ghana from Doom – NDC Diaspora” News Desk – Modernghana.com 4/16/20).

It is quite obvious that in their acutely desperate bid to grab for power, the key operatives and some fanatical supporters of the Mahama-led National Democratic Congress may very well be suffering from clinical dementia. You see, for cholera to strike the inhabitants of any country, the living standards of such people and country, especially that country’s environmental hygiene, must be horrible or abjectly low indeed. We are also here talking about cholera’s striking and killing students in Ghana’s foremost tertiary academy that specializes in the training of most of the country’s most brilliant and talented teachers and leading educators.

In short, if cholera could make such prime grist of those who were charged with teaching personal hygiene, as well as environmental hygiene or public health in the country, then, Dear Reader, you can readily and vividly imagine the sort of abjectly and criminally poor living standards that prevailed under the Mahama-led regime of the National Democratic Congress. And, of course, we have not even begun discussing how vulnerable the rest of the non-college-educated citizens of the country might have felt under the watch of the then-President John Dramani Mahama in 2014 and even a little before or well after.

It also goes without saying that a government that cavalierly presides over the outbreak of an ordinary very curable disease like a cholera epidemic might as well be considered to be as good as nonexistent. This means the total absence of good and responsible leadership. Couple the preceding with the four-and-half years of erratic electricity supply, otherwise known as “Dumsor,” and it becomes unmistakably evident that the now-Candidate John Dramani Mahama ran the most grossly and unprecedently incompetent government in the history of postcolonial Ghanaian political culture.

And for the information and enlightenment of Mr. Addi and the members of his so-called NDC Diaspora Supporters’ Union, the Dumsor-inflected regime of Mr. Mahama directly resulted in the massive collapse of more jobs than had occurred under any Ghanaian government, democratic or military, since the Kwame Nkrumah-led Convention People’s Party (CPP). In short, there is absolutely no way in which the complete political chaos that prevailed under the Mahama regime could be creditably compared to the far more stable and qualitative economic level that presently prevails under the visionary watch of President Addo Dankwa Akufo-Addo, even in the “Camusian” era of the Novel Coronavirus Pandemic that has ravaged and continues to ravage most of the world, in particular the most technologically and economically advanced nations of the world, including the United States, Britain, France, Germany and Italy.

It is very reasonable, in view of what we know about the outbreak of cholera under Mr. Mahama, that were he to be President of Ghana today, in the year 2020, in all likelihood, at least one-third of Ghana’s 30-million-plus population would have already been decimated by the Novel Coronavirus Pandemic, in much the same manner that Dumsor – the perennially erratic supply of electricity – resulted in the loss of at least a third of all medium- and small-scale private business enterprises in the country. Back then, rather than promptly solve the problem and get the nation’s badly teetering economy back on its feet, President Mahama would haughtily and arrogantly accuse entrepreneurs who lost their businesses and much of their wealth of not being creative and savvy enough to work around the erratic schedule of Dumsor.

This blisteringly visionless leader is the man whom Mr. Amoah Kwaku Addi would have Ghanaians believe to be the ideal leader for this apocalyptic season of the Novel Coronavirus Pandemic. Gee, somebody seriously needs to see their shrink or a psychiatrist, pronto; but I am not going to tell you, My Dear Reader, who that godforsaken SOB is.