Owusu Bempah Writes: John Mahama In Yet Another Corruption Scandal? 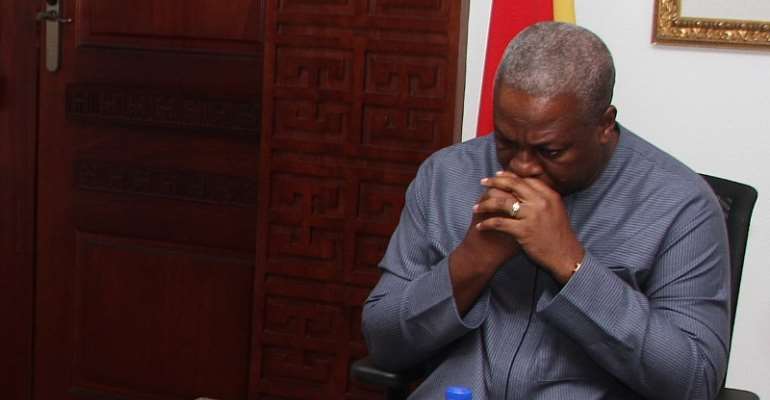 Ghana is in the international news yet again over an alleged politically connected bribery scandal.

The news is that the Managing Director of the Tema Oil Refinery, Asante Berko has been charged by the Securities and Exchange Commission(SEC) of the United States of America for arranging at least $2.5 million in bribes paid to Ghana government officials to gain approval for a power plant project.

The bribes were allegedly arranged by Mr. Berko when he was an executive director with the US bank, Goldman Sachs.

The said deal was concluded and received Parliamentary ratification on 17th July 2015 under the erstwhile Mahama administration.

The SEC’s complaints presented by the District Court for the Eastern District of New York, shows that Mr. Berko, a former executive of a foreign-based subsidiary of a U.S. bank holding company, arranged for his firm’s client, a Turkish energy company(AKSA Enerji Uretim AS), to funnel at least $2.5 million to a Ghana-based intermediary to pay illicit bribes to Ghanaian government officials in order to gain their approval of an electrical power plant project.

The US court documents further states that the intermediaries at a point wanted to cut out the the power minister and deal with John Mahama directly. How they summoned courage to even think of this scenario speaks volume.

The question is, why will you want to bypass the other officials and discuss the contract directly with the President?

How a whole head of state can get himself engrossed in such a corruption scandals beats human comprehension.

Mahama has been corrupt from day one as vice president - from the Armajaro deal to the Airbus and now ASKA.

The very salient questions begging for answers are as follows; Who were the bribes paid to? Who is GO1? Who is GO2?

Who are those MPs who benefited?
Don't forget these bribes were paid from 2015 to 2016.

Forget about the fact that Asante Berko is the current Managing Director of TOR. He was appointed in January 2020 and these events occured in 2015 under the leadership of John Mahama.

Asante Berko working for Goldman Sachs actually bribed John Mahama through his own brother according to the documents from the US court.

Well, Asante Bekor has denied the SEC claims and subsequently resigned as MD of TOR. Good for him. The resignation will offer him the opportunity to go and have his day in the US court. But John Mahama and his cohorts must be hauled before our investigative authorities for full disclosure on the beneficiaries of the $4.5M bribe from the ASKA deal.

It is so instructive these things are surfacing and strengthed with iron clad authenticity by courts/investigative bodies whose independence can never be called into question.

It is no longer a mere allegation that Mahama is corrupt. US authorities have him and his cohorts culpable of graft.

Over to you, Mr Special Prosecutor.