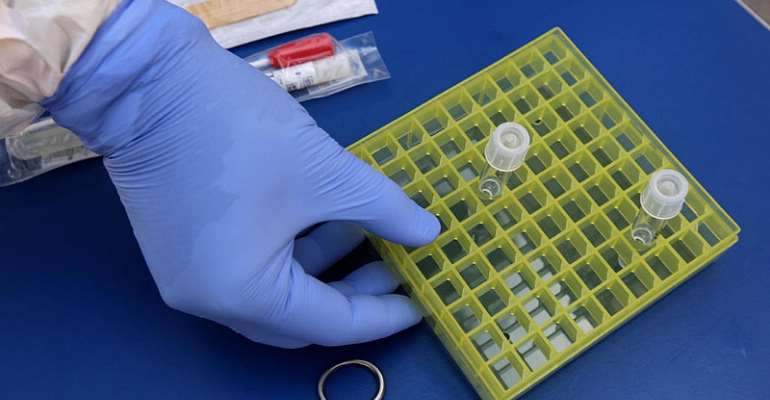 High-profile doctor and virologist Didier Raoult says the virus is disappearing in Marseille but the city's regional health boss says it's far too early for such conclusions.

In a video on twitter on Tuesday night, the specialist in infectious diseases at Marseille university hospital declared that the virus is “gradually disappearing” in the city.

“There is a very significant drop in the number of positive tests and an even bigger drop among those who are tested who have no symptoms,” he says.

At the height of the epidemic, Pr. Raoult's Méditerranée Infection Foundation counted 368 new cases per day. But now he says numbers are around 60 to 80.

However, the Director General of the Regional Health Agency for the Marseille area worries about such suggestions.

"It is far too early to make predictions about the end of the epidemic", Philippe de Mester told the French newspaper France Bleu Provence. "We know nothing about its duration, unfortunately. It is true that we have recorded a slowdown in the spread of the epidemic, but not an actual decline. The epidemic will continue and it will take a few more weeks”

He stressed the importance of continuing to follow the lockdown rules.

Pr. Raoult regularly posts videos on Twitter, communicating directly with the public and not simply to the scientific community.

His long hair and unconventional manner are part of the anti-establishment style he appears to cultivate and he has a growing number of followers.

Supporters of his treatment see him as provincial hero challenging a Parisian scientific establishment and a working doctor standing up to researchers in ivory towers.

He maintains that an anti-malaria drug, hydroxychloroquine, combined with the antibiotic azithromicyne, is an effective treatment for Covid-19 patients, if used before they need intensive care.

He has published results from his use of this approach which show considerable success but with no neutral control group for comparison, there is no conclusive proof that patients recover because of his treatment. As a result, it has not been authorised for use except in certain conditions in hospitals. The drug is known to have negative side effects but it is already used against malaria and in the treatment of Lupus and rheumatoid arthritis.

In an interview in Le Figaro in April 3rd,Raoult was critical of today's medical research processes.

He said that trial methodology established during the fight against Aids was not suitable for all situations and that the “group of people” who worked together at that time adhered to such methods too rigidly. He said that research had become too divorced from medicine.

Although Raoult himself is both a researcher and a clinical practitioner, he distinguished between the two, saying that as a doctor he wanted to use what seemed to work. In a health crisis, he said, lengthy trials could be shortened for a drug which is already in use.

Numerous other trials on hydroxychloroquine are underway but so far none which tests his exact approach.

It is unclear why his critics in the scientific community have not conducted such trials, to prove or disprove its effectiveness.

Instead the impression is given of a scientific community which is unwilling for some reason to explore certain options versus a maverick seeking individual glory.

In an interview with RFI on Wednesday, President Macron said he was “convinced he is a great scientist”, describing him as one of our most eminent experts. Macron has now called for rigorous trials of Raoult's treatment approach to be conducted very soon so that its efficacy can be proved or disproved.