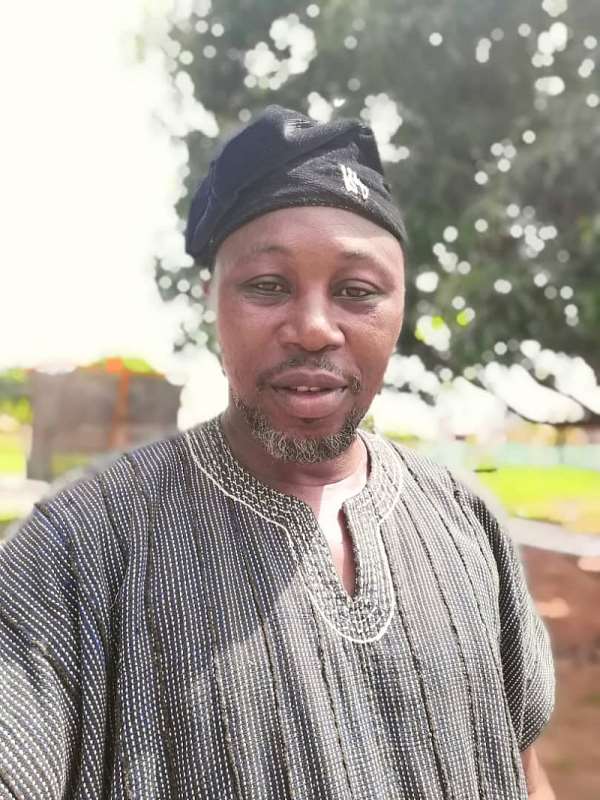 Mr. George Kwaku Yeboah, a member of the Volta NDC communications team and a branch executive of the opposition National Democratic Congress has expressed misgivings on how President Nana Addo is treating issues of alleged corruption cases in his government.

The full statement below

It's been days now since news broke of the allegations of graft, involving one Asante Berko, an appointee of Akuffo Addo, the current MD for the Tema Oil Refinery (TOR), similar to the famous Airbus bribery scandal.

The current case looks, walks and smells just like the Airbus case. In fact, this case has even mentioned a name; Asante Berko, an appointee of Akuffo Addo.

Very typical of his handling of allegations of corruption against every single member of his party and government, the President has feigned deafness to the news.

It must be on record that we all saw the alacrity with which he Nana Addo Dankwa Akuffo Addo William wrote to the Office of the Special Prosecutor (OSP) when news of the Airbus scandal broke.

He caused a letter to be written minutes after the story hitting the airwaves on Sunday, directing the OSP to commence an investigation into the matter expeditiously.

I could name a litany of such allegations of graft, by his appointees, which he has openly dismissed, even before investigations commence into the matter.

I wouldn't want to bore my readers with the details of the BOST, Charles Bissue, Prof Frimpong, missing Excavators, missing guns, gold, SUVs, money, etc from the anti-galamsey operation, missing tricycles and motorcycles, NYA scandal, Ameri Novation etc, which not a single person has been held accountable for.

When we dismiss Akuffo Addo's anti-graft mantra, these are some of the reasons we say so.

Nana Addo is not consistent when it comes to fighting corruption. Watch this space, he's not going to cough a word about this new allegation of bribery against his appointee.

Before any NPP communicator attempt a defense, please note that, besides Airbus as a corporate entity, all the other individuals mentioned in the ruling, remain innocent of the offense. The crown court did not try any of the individuals. It only tried Airbus. Whatever Martin Amidu is investigating about the individuals, is not a ruling of the Crown Court, which they have appeared before under oath, just as the case of Mr. Berko.

Exhibiting hypocrisy in your old age? I wish I was old enough to understand what was going on in our Adehyie Hotel, Nima neighbourhood some 40 years ago when you were younger.

Akuffo Addo should write to the OSP with the same speed of light as he did with the Airbus scandal.

Without strong watchdog institutions, impunity becomes the very foundation upon which systems of corruption are built. And if impunity is not demolished, all efforts to bring an end to corruption are in vain.