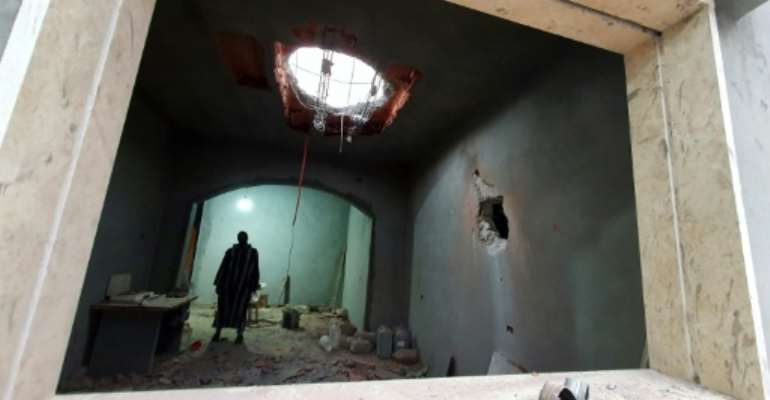 A Libyan man stands at the site of shelling on the residential area of Arada in the capital Tripoli on April 14, 2020. By Mahmud TURKIA (AFP/File)

The United Nations mission in Libya Wednesday condemned rising violence in the North African country, after forces loyal to a unity government this week retook towns west of Tripoli.

UNSMIL said in a statement that it was "alarmed by the continuing escalation of violence", which risked creating "new waves of displacement".

"UNSMIL notes with grave concern reports of attacks on civilians ... desecration of corpses, retribution, including looting, robberies and torching of public and private properties" in towns that Government of National Accord (GNA) forces have seized in recent days.

The statement said the allegations, if verified, "would constitute grave violations of international human rights and humanitarian law".

Libya has been in turmoil since a 2011 NATO-backed uprising killed longtime dictator Moamer Kadhafi.

The capture Monday of the coastal towns of Sorman and Sabratha and smaller settlements further south was seen as a major blow to Haftar.

His forces rained rockets on Tripoli on Tuesday, hitting several homes around Mitiga airbase in the eastern suburbs, the capital's sole and only intermittently functioning airport.

"Acts of revenge will further escalate the conflict, and lead to a cycle of revenge that threatens the social fabric in Libya," it warned.

GNA chief Fayez al-Sarraj said he would no longer negotiate a political solution with Haftar, in an interview published Wednesday by Italian daily La Repubblica.