22 Arrested For Attempting To Cross From Ghana To Togo 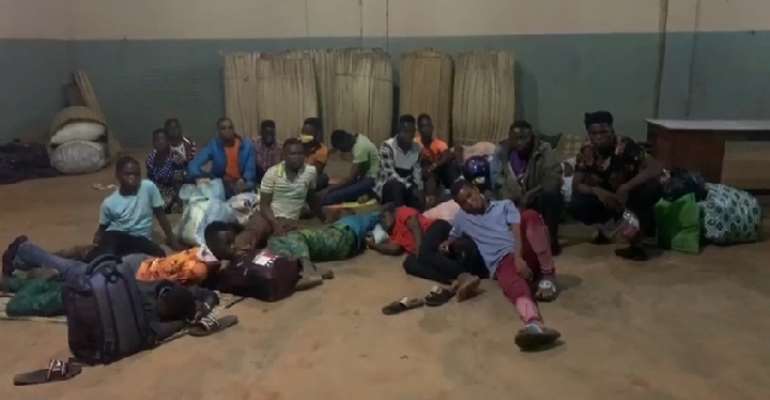 Some 22 persons have been arrested for attempting to cross over to Togo through unapproved routes at Akatsi North in the Volta region.

The suspects were arrested at Ave Hevi, a border community in the Akatsi North district on Tuesday night at about 11pm.

They are 17 males and five females.

The Akatsi North District Chief (DCE), Dr. Prince Sedoke Amuzu who confirmed the incident said all 22 were riding on five unregistered motorbikes when they were intercepted.

Preliminary intetogation revealed that the suspects were travelling from Akatsi South District.

The DCE said they were intercepted by the District Security taskforce enforcing the government’s COVID-19 restrictions, which included manning of the eastern bounders between Ghana and neighbouring Togo.

A check on the suspects revealed that some of them were in possession of Togolese National ID cards.

Dr. Amuzu said the motorbikes have been confiscated and the suspects escorted back to Akatsi South by the Police on Wednesday, April 15, 2020.

The Police and DCE of Akatsi South, Leo Nelson Adzodogah were duly notified for necessary action.

Ghana has closed its borders as part of measures to curb the spread of novel coronavirus. Nonetheless, the porous nature of its borders is making enforcement of the border closure a daunting task.

Six out of the first nine COVID-19 cases recorded in the Volta region on Sunday April 12, 2020 are foreigners who entered the region through illegal routes.

The Regional Minister, Archibald Letsa has overly cautioned residents along the border to stop facilitating the illegal movement of people, but instead notify the authorities promptly to stay away from COVID-19.

He said a collaboration between Immigration officers, border communities and others volunteers has helped to curd illegal movements across the borders.