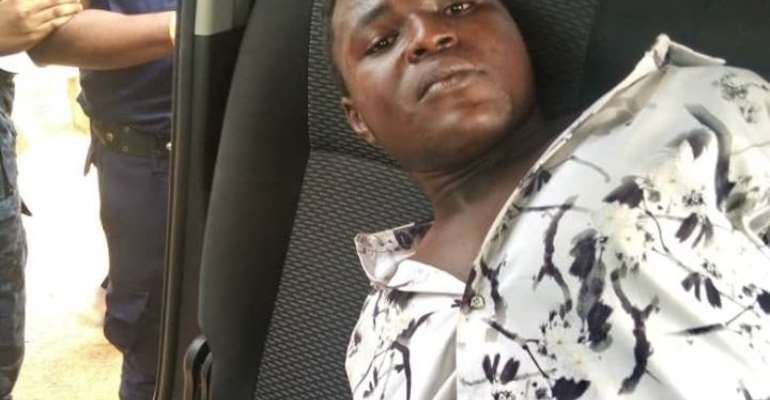 A Twenty-four-year-old, Abdulai Karim has been jailed six years for escaping from lawful custody and assault on a public officer.

Abdulai Karim also known as JJ was arrested in February 2020 for raping and robbing in Sunyani and its environs.

He was put before the Sunyani Circuit Court B and was in Police Custody helping in the investigation into other crimes he was involved but he escaped from custody and re-arrested in Burkina Faso.

The Bono Regional Police Command, in a bid to recapture the accused, offered a reward of GH¢5,000.00 for information leading to his re-capture, among other measures.

After escaping from custody, he went to hide in the Upper East Region before sneaking into Burkina Faso.

In a letter from the Bono Regional Police Command and signed by its Public Relation officer Chief Inspector Kingsley Augustine Oppong states, “On Tuesday 14th April 2020, the escapee was charged, put before the court, convicted and sentenced to a total of six years imprisonment for the offenses of escape from lawful custody and assault on a public officer 3 years each to run consecutively.”

The Bono Regional Police command expressed its profound gratitude to all the personnel and institutions who worked tirelessly and collaborated with Police within the past 14 days to recapture Abdulai Karim.