Bawku: Police Restrict Movement Of Vehicles, Okada Riders And Mahama Can Do' From Overloading 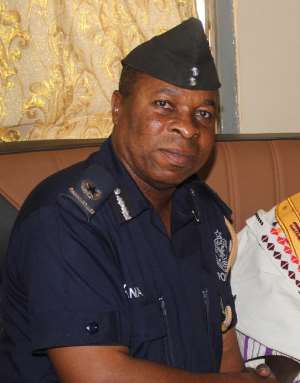 Police in Bawku in the Upper East Region on Wednesday imposed restrictions on vehicles including 'Mahama can do' and motorbikes riders from overloading to reduce the spread of the novel coronavirus in the area.

The divisional commander, Yao Tettegah made this known in an interview with source FM journalist, Edward Anabia Akurugu in Bawku this morning.

Supt. Yao Tettegah cautioned residents to abide by the restrictions to help fight the coronavirus.

He said, one motorbike should carry only one person, tricycles popularly known as 'Mahama can do,' is required to pick two persons in addition to the rider making three, and other vehicles will now have to have 3 inches space between passengers.

Supt. Yao Tettegah added that all weddings and other celebrations within the division must remain banned until further notice.

According to him, he and his men will be on grounds to monitor movement of persons and vehicles to make sure they comply with the directives in the full course.

Mr. Tettegah added that any person found liable to the law will be fined Ghc12,000.00 or jailed for 4 years.

Meanwhile, Ayariga Roger, a resident in Bawku told ModernGhana News that, he has appealed to the police in the area to allow them pick their relatives but not strangers indicating that it will help motor riders are their main means of transport in the area.