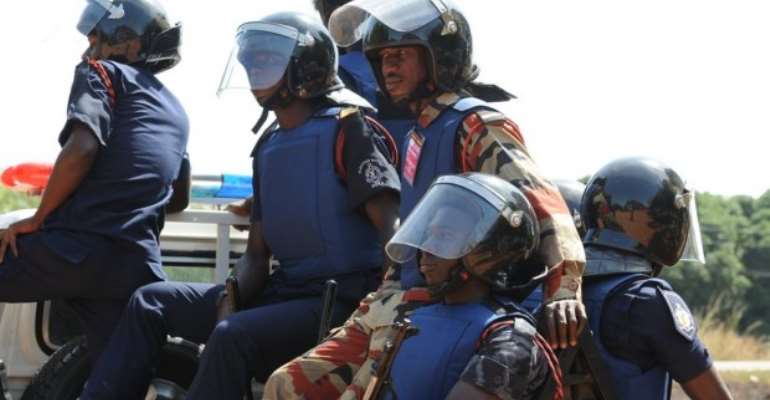 Reports indicate that sporadic gunshots were recorded at Kokrobite yesterday when factions of a protracted chieftaincy dispute clashed over the installation of one Moses Arde as Dzaasetse.

The said installation was being done despite the lockdown directive by the President in respect of the COVID-19 pandemic.

Although the Kokrobite is part of areas observing the lockdown protocols, Nii Ofei, according to information led gangs of landguards into the community to carry out the said installation.

Information received from the community indicates that the purported installation of the said Moses Ardey was being held in view of the demise of the late Dzaasetse, Nii Ansah Arde II.

Meanwhile, it emerged that Moses Ardey has no capacity to occupy the position hence the resistance from the legitimate Kingmakers.

Things turned sour when landguards led by one Nii Ofei, who was doing the installation, attacked persons who were trying to stop the ceremony.

The landguards, according to eyewitnesses, fired gunshots at people in an attempt to ensure that the installation ceremony continues.

The situation has brewed severe tension, fear, and panic in the Kokrobite community as residents said the conduct of the landguards was so brutal that many people sustained severe injuries.

It also emerged that although the police were at the scene to ensure calm and bring the situation under control, prior to the installation, Nii Ofei and his languards claimed they had finished with the Kokrobite District Police and the Weija Divisional Commanders, hence they are indispensable and cannot be arrested.

Residents said the attackers who were seen firing gunshots at the victims are true to their words, walking freely without any arrest.

They, however, called on the police to ensure the arrest of those landguards since their continuous stay in the community is an affront to peace and security.