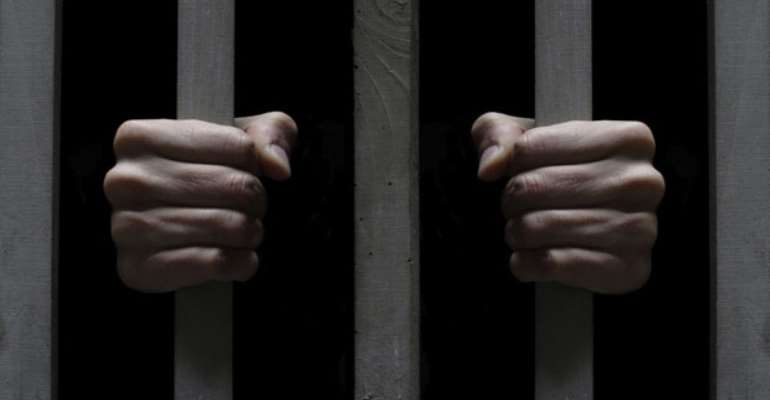 A 24-year-old tiler, Abdualai Karim, aka JJ, who was facing multiple charges of rape, robbery and stealing at Sunyani Circuit court but escaped from police cells has been slapped with six years imprisonment in hard labour.

​ He was convicted on his plea.

He offered explanation for his action but was not taken and consequently convicted on two counts of assault on public officer and escaping from lawful custody.

His plea for mitigation was refused by the court presided over by Sylvester Nii Okai Ablor.

His plea was not taken because according to the judge it was not the first time the convict had escaped from lawful custody on 30, March, 2020.

Prosecuting, Superintendent Joseph Apallo, said the convict was facing charges of rape, robbery and stealing at a Sunyani circuit court and was remanded at Sunyani Municipal Police cells to re-appear on 31, March 2020 but escaped through the help of his cell mates.

General Sergeant Ocloo George Padmore, the police officer on duty before Karim escaped was subsequently given 10 days to produce the suspect or face service enquiry.

The Bono Regional Police command consequently placed GHC5,000 prize on his head for anybody who would volunteer information leading to his arrest.

He said acting upon intelligence, the police proceeded to Yeliwongo in the Upper East Region, a town between the border with Burkina Faso where the suspect had sought refuge and about 11 pm on April 13 ,2020, he was arrested and brought to Sunyani.

The prosecutor told the court the action of the accused has caused a lot to the police administration with some officers on interdiction and changes made to police hierarchy at the Sunyani Municipal Police station.

The accused admitted the offence but explained that he was aided by Francis Nsor and Yussif Abubakar to escape because the investigator in his case had advised his counsel to stop defending him at court.

​After listening to his plea and the prosecution, the judge slapped him with six year jail term.

'I take into consideration his conduct and the fact that it was not the first act of this kind. His conduct was to evade the justice process and avoid any trial pending against him. If not that the boarder was closed, he would have escaped.

He therefore sentenced him into 3 years imprisonment on each count to run consecutively in hard labour.

Abdul Karim will come back to court again on 21, April, 2020 to face his substantive charges of rape, robbery and stealing.