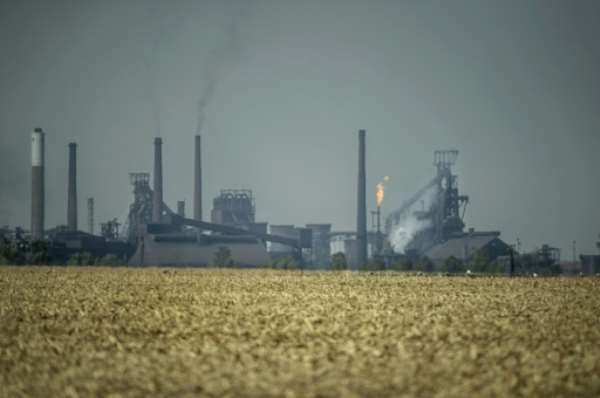 Just before I decided to write about the allegation presently making the rounds about the industrial and commercial scamming of the Ghanaian people under the tenure of the now-Candidate John Dramani Mahama, between 2015 and early 2017, and involving Mr. Asante Berko, the current Managing-Director or Executive-Director of the Tema Oil Refinery (TOR), I came across a news report in which a well-known Ghanaian professor, a professionally trained accountant and lawyer and a resident of the southern American state of Tennessee, was alleged to be claiming in a news headline that absolutely no form of justice was apt to be meted or brought to bear on the aforementioned culprit in the collaborative Mahama-Turkey commercial-energy scamming of the Ghanaian taxpayer. I did not read beyond the news headline in question because having already read quite a significant number of postings from the author in question, I had a generally unmistakable impression of the trend that the newsmaker’s argument was wont to take as well as the conclusions that the author was likely to have arrived at than not.

At any rate, what makes the allegation of bribery against the TOR Managing-Director worthy of our sedulous attention is the very fact that this payola racket, like the Mahama-European Airbus SE Payola Scandal, is reported to have been uncovered by a globally credible establishment, namely, the Securities and Exchange Commission (SEC) of the United States of America, an ethical business and transactional conduct public watchdog (See “TOR Boss Accused of Paying $ 2.5 Million in Bribes to [Mahama] Govt Officials, MPs” Ghanaweb.com 4/14/20). What fascinates me here the most is not necessarily the decidedly pedestrian trend and nature of the scandal, which well appears to be more the cultural and political norm or practice in Ghana than the anomaly. Even more significant to note is the fact that Mr. Asante Berko well appears to have comfortably maneuvered his way through the maze of such scam-artistry irrespective of whether it was the present main opposition National Democratic Congress (NDC) that wielded the reins of governance, or it was the presently ruling New Patriotic Party (NPP) that occupied the legitimate helm of affairs.

In other words, there clearly appears to exist in Ghana what might be aptly termed as Equal Opportunity Corruption (EOC) in the very fabric of Ghanaian society and political culture. I equally don’t expect Mr. Asante Berko to be prosecuted to serve as a necessary deterrent to his associates or apparent criminal collaborators and for the socioeconomic good of our country, because I have yet to see any scammers and kleptocrats of previous regimes of the National Democratic Congress condignly brought to justice by the present government, besides the globally infamous Mr. Alfred Agbesi Woyome. Indeed, as I had the fortuitous occasion to tell the Assamese, Indian, pediatrician of my two teenage boys not very long ago, in Ghana, as it also well appears to be the case around the globe, the First Law of Self-Preservation among all politicians is the staunch and religious protection of one another, irrespective of political party affiliation or ideological suasion. You see, for all politicians the world over, the real enemies are the rest of us ordinary citizens and the voters, that is, in all constitutionally functional democratic political cultures.

Otherwise, Dear Reader, why has the brutal bedroom assassination of Mr. JB Danquah-Adu not been vigorously pursued by the pertinent law-enforcement agents and agencies and the real criminal suspects promptly brought to book? You see, Dear Reader, had the Akufo-Addo-led government of the New Patriotic Party not been voted into power, many Ghanaians would still be nursing the painful regret of not having conscientiously voted for the right man, and the right political party, who would, in all likelihood, have brought the criminal masterminds behind that most dastardly and cowardly misdeed to justice. In the equally disturbing case regarding the prime suspects of the Adams Mahama acid-dousing assassination, the lead suspect has evidently and aptly been put away, as Mr. Gregory Afoko darn ought to; but, of course, it is also very disturbing that the standard legal and judicial procedures under which this prime suspect ought to have presently been serving a life sentence or even given the death penalty or sentense seem to have virtually ground to a screeching standstill.

As well, the prime opportunity for the key operatives of the present government to have empirically lived up to its much-touted anti-corruption credentials was scandalously wasted or missed, when the Akufo-Addo-led government of the New Patriotic Party evidently decided that it was perfectly normal or hunky-dory for the kleptocratic ministerial cabinet appointees – now, Little Dramani, let’s talk about the drastic reduction of ministerial appointees by President Addo Dankwa Akufo-Addo – of the previous regime to have deliberately and criminally taken home double salaries. It is also all to be expected that as with the case of the European Airbus SE mega-payola scandal, the Asante Berko-Mahama-Turkey energy scam-artistry occurred under the watch, or rather the make-believe watch of the National Democratic Congress’ regime. This is very significant to point out, nonetheless, because it still makes operatives of New Patriotic Party administrations or governments clearly seem to be far superior in quality, patriotism and efficiency to National Democratic Congress-sponsored or governments.

One critic recently wrote on the comment sheets of one of my columns that the electoral choice between the NDC and the NPP has sadly become one of merely choosing the better of two poison bottles. Clearly and seriously, there is more work to be done to bring Ghana to the enviable level and quality of governance that our beloved nation righteously deserves.