EU, China, Russia join outcry after Trump pulls US funding to WHO 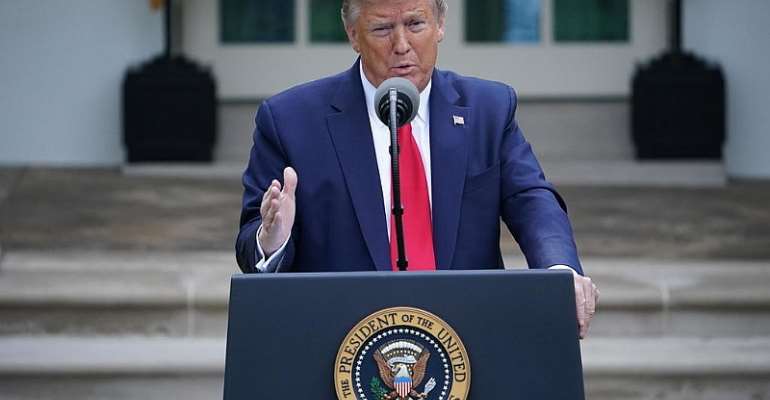 World governments and organisations have condemned United States President Donald Trump's decision to cut funding to the World Health Organization, the United Nations agency for cooperation on public health, at the height of the Covid-19 pandemic.

After a week of growing hostility towards the World Health Organization (WHO), Trump said on Tuesday the US would stop funding the agency, which he accused of failing to do enough to stop the virus that causes Covid-19 from spreading when it first surfaced in China.

“The WHO failed in its basic duty and must be held accountable,” Trump said in a White House press briefing in which he said funding would remain halted while his administration carried out a review of the agency's handling of the pandemic.

The US is the largest fund provider of the WHO, contributing 452 million US dollars (413 million euros) to its budget last year.

WHO 'focused on pandemic'

The WHO's director did not comment directly in his first public comments since the announced cuts, preferring to say the agency was focussed on halting the impact and spread of the disease.

“There is no time to waste,” director-general Tedros Adhanom Ghebreyesus said on Twitter. “WHO's singular focus is on working to serve all people to save lives and stop the Covid-19 pandemic.”

UN Secretary-General Antonio Guterres expressed regret at the US decision.

“Now is the time for unity and for the international community to work together in solidarity to stop this virus and its shattering consequences,” Guterres said in a statement.

The European Union (EU), China and Russia joined an international chorus on condemnation of the decision on Wednesday.

“There is no reason justifying this move at a moment when their efforts are needed more than ever to help contain and mitigate the coronavirus pandemic,” Josep Borrell, high representative of the EU for foreign affairs, said on Twitter.

“Only by joining forces we can overcome this crisis that knows no borders.”

Russia said Trump's decision was selfish and hurt an organisation many countries were counting on for leadership.

“This is an example of a very selfish approach by the US authorities to what is happening in the world,” Russian Deputy Foreign Minister Sergei Ryabkov said, according to Russian state media.

“Such a blow to this organisation at a time when the eyes of the world community are in many ways looking precisely to it is a step worthy of condemnation and censure.”

China, which Trump previously alleged was able to hide details of the epidemic due to WHO bias, also condemned the decision to suspend funding.

“This US decision will weaken WHO's capacities and undermine the international cooperation against the epidemic,” said Chinese foreign ministry spokesman Zhao Lijian.

Asked whether China was prepared to boost its own contribution to make up for the shortfall, Zhao said Beijing had provided 20 million US dollars to the WHO.

With a reported loss of 26,064 lives as of Wednesday morning, the US is by far the global epicentre of the Covid-19 pandemic with the highest official death toll of any country affected by the new coronavirus.

'I'm not a fool to build sugar factory with no raw material ...
5 minutes ago

How 'lame' if Netherlands visa denial is penalty for support...
5 minutes ago