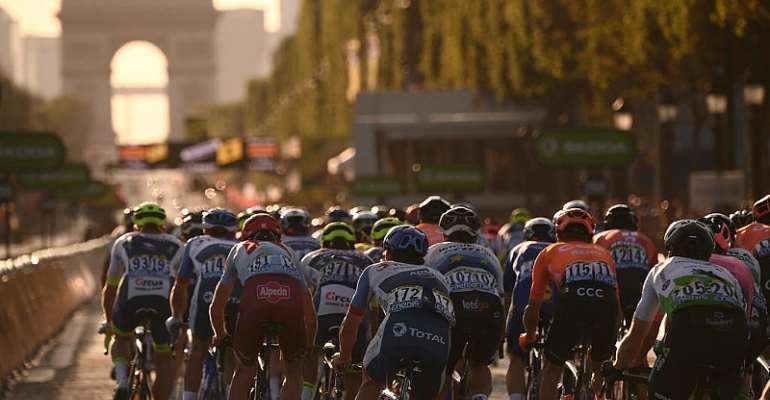 This year's edition of the Tour de France, the world cycling's top competition, has been postponed. The race is now set to begin on 29 August, eight weeks after the planned start, and end in Paris on 20 September.

The postponement was made necessary by the French government's decision to extend the ban on mass gatherings until at least mid-July, in an effort to combat the spread of Covid-19 infections.

The International Cycling Union (UCI), the sport's world governing body, said the decision to push back the race start date had been necessary, given the central place the Tour de France holds in cycling's economy, and the need to ensure the health and safety of both riders and spectators.

The Tour will start, as originally planned, from the southern French city of Nice. The route remains unchanged.

Cycling's two other grand tours have also been re-scheduled. The Giro d'Italia, due to have taken place in May, and the Vuelta a Espana, originally set for September, will now be run after September's World Championships.

Those championships, which will be held in Switzerland, remain in their original 20-27 September slot.

Many of the classic one-day cycle races, such as Milan-San Remo, Liege-Bastonge-Liege, the Tour of Flanders and Paris-Roubaix, will also go ahead this season according to the UCI, although their new dates remain to be confirmed.

Other major sports events, such as the Wimbledon tennis competition, the European football championships and the Olympic Games, have either been postponed or abandonned completely.

The 2020 Tour de France will be the 107th edition of a competition which has seen its history interrupted only twice, by two world wars.

The organisers, the private sponsorship and advertising conglomerate Amaury Sport Organisation (ASO), have said that an outright cancellation would have been catastrophic for the sport, and might have forced many teams into bankruptcy.

Some of the major sponsors supporting professional cycling already face an uncertain financial future in the global recession which is predicted to follow the coronavirus epidemic.

The overall television audience for the Tour de France is estimated to be in excess of two billion, spread over 170 countries. The competing teams last year shared 2.3 million euros, paid out by ASO.