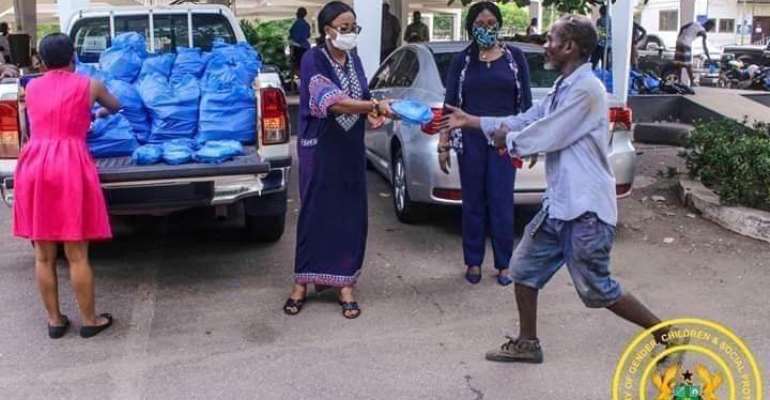 Any discerning and patriotic Ghanaian, who truly loves Mother Ghana, and has ever read President Nkrumah's 28th September, 1963, speech, at the opening of what is today known as the Tema Oil Refinery (TOR), will weep, upon learning that an ex-Goldman Sachs employee, Mr. Asante Berko, a rogue dismissed by his American employers for breaking the US Foreign Corrupt Practices Act (FCPA), has been appointed to head the state-owned TOR.

The question we must all ponder over is: Where in the world would this be allowed to happen, without the media demanding that his appointment be immediately rescinded - and swiftly call for a Parliamentary inquiry into how such a dubious character came to be appointed to such a sensitive position, by the executive branch of government?

The Ghanaian media is letting our nation down terribly, in egregiously neglecting to play its societal watchdog role, effectively, to the extend that some of those in power can be so bold as to foist such an amoral, greed-filled and shameless man - who totally lacks a moral compass, and has such criminal-tendencies - to head TOR, in a New Patriotic Party (NPP) regime, which used Mahama-era corruption, as it's central election campaign strategy, to ride to power, in the December 2016 presidential and parliamentary elections.

The appointment of Asante Berko illustrates perfectly, the grain of truth in the bush-telegraph stories that President Akufo-Addo's powers, are being systematically hijacked by the greedy bastards in the NPP, to enable them to use greed-filled individuals sympathetic to their party, to asset-strip the enterprise Ghana.

This disreputable greedy bastard would never have been appointed and approved by President Akufo-Addo, personally, ever. Full stop.

Yet, as we speak, somehow, he is in position heading TOR today. Amazing. Clearly, the NPP's greedy bastards are using greedy-bastard-allies to fulfill their secret agenda of transferring what belongs to all Ghanaians, to a greedy and powerful few, by stealth, in the NPP. Eeiiii, Oman Ghana, eyeasem ooooo - enti yewieye paaa enei? Asem kesie ebeba debi ankasa! Hmmmm. Yooooo...