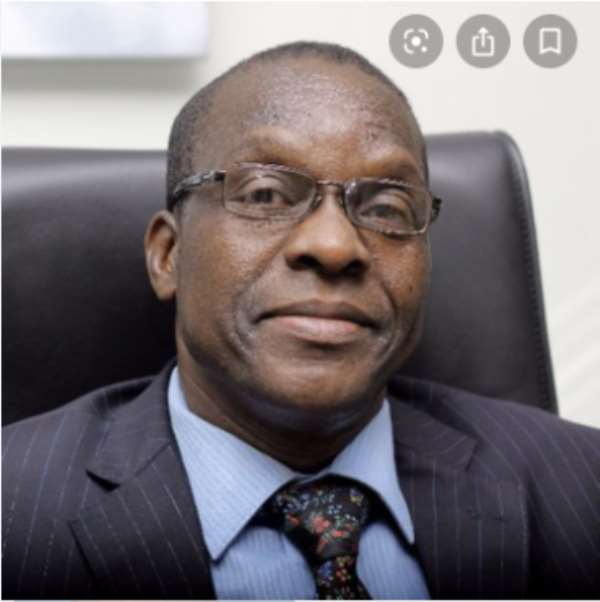 Contrary to the beliefs by a section of Ghanaians, especially some NPP members that former President Jerry Rawlings wants His Excellency, Nana Akufo Addo to continue his governance after the upcoming elections, the Second Deputy Speaker of Parliament, Hon. Alban Kingsford Bagbin has advised Ghanaians abroad to rubbish such speculations.

According to him, the NDC founder wants his party to win and at the same time wants to ensure that the next Mahama’s administration performs outstandingly without repeating certain past mistakes.

Speaking to the Ghana current affairs host, Mansa Musa during a phone interview on GM Radio in London, United Kingdom, Mr. Bagbin disclosed that former president Rawlings is willing to see that the party he founded gets back to power to save Ghanaians from the unprecedented hardships they are experiencing now under Akufo Addo but he doesn’t want to see any repetition of past mistakes in the next NDC government.

Again, the Deputy Speaker hinted that Ex-President Rawlings has held reiteration of meetings with Ex-President Mahama and the party’s Chairman of the Council of Elders to brainstorm on the way forward to ensuring that certain past mistakes are not repeated upon winning the elections.

Bagbin assured Ghanaians in the diaspora that the next Mahama’s administration will exceptionally perform to the benefit of all Ghanaians, including those living abroad, considering the structures Ex-President Rawlings and Ex-President Mahama are currently putting in place.

“He has held a number of meetings with our flagbearer, our presidential candidate and our former president, His Excellency John Dramani Mahama. Also, he has held meetings with the chairman of the Council of Elders of the party so he doesn’t want us to win and not behave better than NPP”, he said.

Touching on corruption in the current NPP administration, Mr. Bagbin disclosed to the Ghanaians in the different parts of the world that, unlike the late Professor Atta Mills who decided not to prosecute the alleged criminals in the past NPP government, the next NDC government will investigate and prosecute all persons indicted in the uncountable number of corrupt practices in the current Akufo Addo led government.

In his view, the embezzlement of public funds by civil servants and government officials in Ghana seems to have reached an all-time high and the canker has pervaded the fabric of public sector institutions, posing grave repercussions for the socio-economic growth of the country.

On the issue of corruption under the previous Mahama led NDC government, the lawmaker revealed that the current administration has not found any financial malfeasance after conducting investigations into the various projects initiated by the past government. “No official report has been brought to my attention, after investigations conducted on past projects but I am aware from my colleagues in government that they have not found any wrongdoing on most of the investigations they conducted into the alleged corrupt practices.

Declaring his position as far as corruption is concerned in both the past and the current administrations, the legislator affirmed that he supports any government to prosecute and punish any corrupt official to serve as a deterrent to others. He declared that even if he is found culpable of any corruption, the law should deal with him. Hon Bagbin announced that he has no bank account outside Ghana, none of his children attends school outside Ghana and none of his relative's works outside Ghana.

The NDC stalwart underpinned his incorrupt declaration by stating that he did not join politics to enrich himself. He quoted his biblical guidance in his political career from 1 Timothy 6:7, which says “we came to this world with nothing and we shall go with nothing”.

Mr. Bagbin won the hearts of many Ghanaians both at home and abroad, who listened to the interview. A caller cried on the programme after listening to the lawmaker, saying Ghana needs people like him to change the status quo.

Latest Photo Reports
Catch up with all the political quotes from our politicians.
Advertise here
More NDC News
ModernGhana Links
Election 2024; NDC needs a fresh candidate to claw back power - Dela Coffie
Calling on gov't to complete your projects is an endorsement of NPP's 'break the 8' agenda for 2024 — Stephen Atubiga to NDC
Withdraw fraudulent suspension of Salaga South Constituency Executives immediately — Concerned NDC Supporters
‘Give us our harbour or resign for being unfaithful, untruthful’ – Cape Coast NDC tells Akufo-Addo
“Even those who lost elections are thanking people, what are their problems with me inspecting projects?” – Akufo-Addo jabs NDC
We appalled by machiavellian tactics to get MCE nominees confirmed — Western North NDC
2020 polls: We could've also gone on promise spree like NPP – NDC
Tell your family and friends choking the payroll to forfeit their juicy jobs and go into entrepreneurship — NDC’s Basintale
NPP no match for NDC, we'll win 2024 elections hands down – Ofosu-Ampofo
TOP STORIES