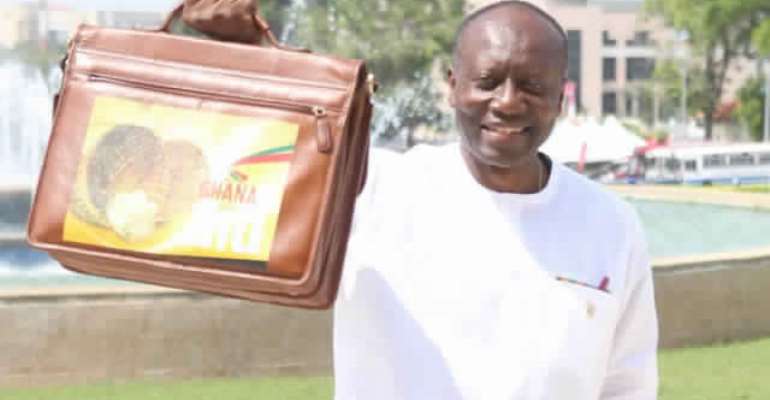 The IMF's $1 billion interest-free loan to be transferred into Ghana’s account on Friday meant to mitigate the impact of the raging coronavirus disease (COVID-19) pandemic on the lives of the people and the economy.

It will be the biggest loan facility received from the IMF in Ghana’s 63-year-old history with the Bretton Woods institution.

The Resident Representative of the IMF in Ghana, Dr Albert Touna-Mama, told the Daily Graphic yesterday that the institution would issue a one-off transfer of the funds to the Bank of Ghana (BoG) on or before Friday.

“The disbursement is one-off; there is no tranching,” the IMF resident representative said in an email response to questions from the Daily Graphic.

He added that the amount was proceeds of an interest-free loan that the IMF approved for the country on April 13. Repayment will start after five-and-half years.

The approval followed a request the government made to the fund in March, this year, for an emergency assistance under its Rapid Credit Facility (RCF).

The RCF is a concessionary loan product for low-income countries (LICs) that are facing urgent balance of payment (BOP) needs that have been necessitated by natural disasters, shocks and/or emergencies that lead to economic fragilities.

Dr Touna-Mama explained that the IMF expected the loan to “address the urgent fiscal and BOP needs that Ghana is facing as a result of the COVID-19 pandemic.”

He stated: “This disbursement will also improve confidence and catalyse support from other development partners.”

He said unlike previous IMF loan assistance that were under special programmes, the $1 billion loan was not under a programme and “does not have conditionality or targets to review at regular intervals.”

Ghana’s most recent financial assistance from the IMF came in 2015, when the country entered into an $918-million extended credit facility (ECF) programme that helped to restore policy credibility and debt sustainability, while bolstering growth and the cedi’s strength.

Systems to the rescue

The IMF resident representative said the special nature of the facility meant that the IMF would not conduct reviews over time on the application of the funds.

Beyond being the biggest loan facility ever from the IMF to Ghana, it is significant that the $1 billion assistance will not have the usual IMF conditionalities, the routine reviews and the stringent rules that mostly govern the utilisation of its credit facilities, an arrangement that two economists, Professor Peter Quartey and Dr Said Boakye said in separate interviews could open the proceeds up for abuse.

Dr Touna-Mama, however, told the Daily Graphic that the fund was expecting “the normal safeguards in public financial management systems” to help protect and ensure judicious use of the funds.

He mentioned the Public Procurement Authority (PPA) and other oversight from the Audit Service as some of the bodies that could help guard the utilisation of the funds.

“The fund has worked extensively in past years to improve public financial management systems and controls and we do maintain technical relations with the government in this area.

“Of course, in Ghana, civil society is extremely active and it has been instrumental in the past in holding the government to account, and it is important that it will continue to play its role,” he added.

On how the government would account for the utilisation of the funds, Dr Touna-Mama said the BoG and the Ministry of Finance had agreed that the money would go to finance the budget.

“As such, the normal safeguards in public financial management systems, PPA and other oversight from the Audit Service apply and will play their role,” he stated.

While commending the fund for the swift response to the country’s request, Prof. Quartey, who is a Professor of Economics, and Dr Boakye, an economic and finance researcher, said the absence of reviews and monitoring by the IMF could be a recipe for misapplication of the funds.

Dr Boakye further called for a defined mechanism that would guide the utilisation of the funds to avoid abuse and deliver the required results.

He said his fear of a possible misapplication was heightened by the fact that this year was an election year.

“Already, we have heard reports of other social relief programmes such as the free food distribution being abused.

“So if there are no mechanisms, this $1 billion will also go into areas and to people that do not need it,” he said.

He called on the Parliament, civil society organisations and the media to serve as a check on the government to help avoid a possible abuse.

On the other hand, Prof. Quartey said he had faith that the control systems in the public sector would help prevent abuse of the funds.

He mentioned the Auditor General and Parliament as two of such public sector institutions that should keenly monitor to ensure prudent application of the funds.

“Morally too, it is appropriate that the funds are properly applied because of the situation we find ourselves in.

“With the money meant to alleviate the sufferings that the virus has imposed on people, this is not the kind of money that you should misapply.

“I am not sure posterity will judge you well when you misappropriate those funds,” Prof. Quartey posited.

As of yesterday, the Ghana Health Service said the COVID-19 cases in the country had reached 636, out of which 17 had recovered, with eight deaths.

The disease has affected 10 out of the 16 regions.

Your dictatorial, political bloodshed will be responded, we ...
2 minutes ago