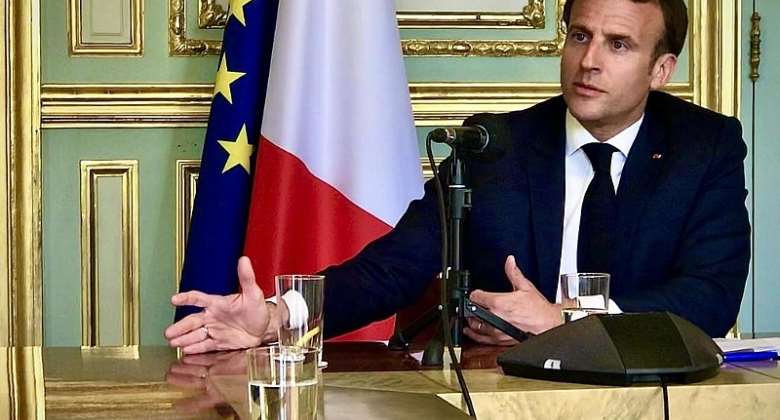 French President Emmanuel Macron has called for a moratorium on debt to help African countries deal with the Covid-19 pandemic, in an exclusive interview with RFI.

“As long as the coronavirus crisis lasts, we must ensure Africain economies have breathing space and that they are not held back by debt payments,” Macron told RFI's Christophe Boisbouvier in an exclusive interview at the French presidential palace.

Finance officials from the United States, China, European countries and other members of the G20 group of major economies were expected to finalise plans to suspend debt payments for 76 countries, including 40 in sub-Saharan Africa, according to French Economy Minister Bruno Le Maire.

First step to debt cancellation
The moratorium would be a step towards ultimately cancelling African debt. Asked how creditors in Europe, the US and China might be convinced to renounce 365 billion US dollars' worth of debt, Macron spoke of the use of International Monetary Fund special drawing rights and growing will to find solutions.

“This moratorium means suspending interest payments to allow some breathing space. We spread out the debt, and perhaps in time, everyone will be on board with this idea” of debt cancellation.

Macron said the continent's debt as percentage of GDP has climbed from 30 percent of GDP in 2012 to 95 percent today and that a third of African commercial exports are used to service the debt.

'Moral duty'
“Difficulties would continue to arise even if Covid were not a health catastrophe,” Macron said. “We absolutely must help Africa bolster its capacity for the shock to its health system.

"Furthermore, we must help the continent on the economic front to respond to this crisis that's already there. It's our moral and human duty.”

In the short term, Macron said debt relief should be accompanied by emergency funds for intensive care beds and respiratory units to bolster some of the world's most fragile health systems.