Oil Contribution To GDP To Drop By US$2.5bn — Alex Mould 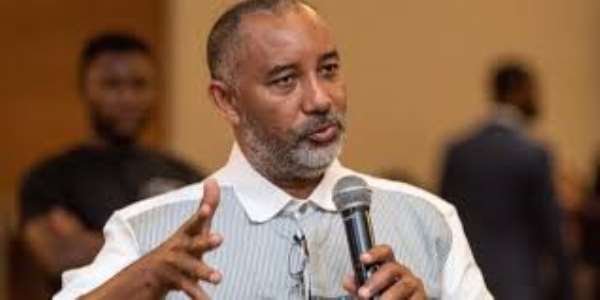 “The bad news is that government, with oil prices below US$30/bbl, will experience a drop in oil’s contribution to GDP and government revenues. This slow-down on the economy will severely affect government’s discretionary spending; and the impact will be felt on many of its infrastructure and capital expenditure projects, e.g. roads, which may in turn impact consumers’ costs if not managed appropriately,” he said.

In response to questions about the overall impact of COVID-19 and oil price collapse on Ghana’s economy, Mr. Mould cited the current slowdown of oil and gas activities – which has led to the lowest rig count in 10 years and the global price fall, among others, as reasons the sector’s contribution to GDP will drop by US$2.5billion.

He added that some development projects have already been delayed, while some oil service contracts are rescheduled or postponed. “In Ghana, with the airports shut to commercial airlines, special flight arrangements have to be made to keep our production FPSOs on our 3 oil fields manned.”

Also, he noted that some major exploration players have stopped short of citing Act of God or Force Majeure. “Aker, for instance, has requested a postponement to delivering the final Plan of Development (PoD), and has even cancelled some of its long lead development contracts,” he noted.

From an estimated production of 77m barrels of oil and 86,000m BTU of gas – an equivalence of 14.4m barrels of oil – from the country’s three producing fields, he said oil revenue excluding corporate taxes (which itself will drop from approximately US$500million to less than US$100million) will likely drop from US$1.1billion to less than US$600million by the end of 2020.

“As a result, net revenue to the government of Ghana will be less than US$300million after GNPC pays for its share of development costs – i.e., equity financing cost.

“So, oil’s contribution to the country’s GDP will drop by US$2.5billion this year; and contribution to government revenue will also drop by nearly US$600million (approximately 50 percent of what was budgeted),” he told the B&FT.

The International Monetary Fund (IMF) had projected an economic growth of 6.8 percent for Ghana in 2020, the joint third-highest in sub-Saharan Africa. Due to the COVID-19 pandemic, however, government says it expects growth to be around 1.5 percent this year.

Already, due to impacts of the coronavirus pandemic on the economy, government – which had initially programmed a crude oil price of US$62.60 per barrel for the 2020 Budget, consistent with the PRMA (Act 815) – revised its benchmark price downward to US$30 per barrel for this year.

This, the Finance Minister Ken Ofori-Atta, during a March 30th presentation to lawmakers noted, will result in a shortfall of crude oil receipts amounting to GH¢5.7billion.

“On April 1, YINSON was hit with a FPSO deal termination just after receiving a letter of intent from Aker on Feb 21, 2020; and YINSON is seeking compensation due to termination, which if not paid by Aker could end them up in court.

“On March 24, 2020, Tullow notified Maersk Drilling of early termination of the drill ship Maersk Venturer offshore Ghana, creating a backlog of US$175m in revenues. This is the result of a review of its 2020 work programme, which sees a reduction in its investments programme,” he further explained.