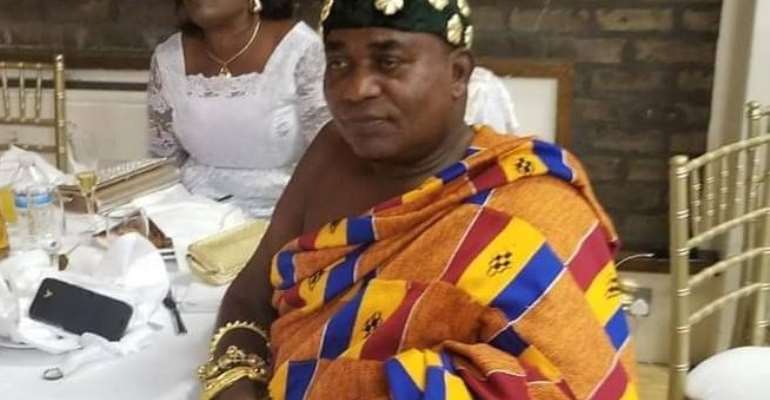 The management of the Greater Accra Regional Hospital (GARH) says all staff who came into contact with Nana Osei Boansi Kuffour who passed away after contracting the novel coronavirus have tested negative.

The chief, who is the biological father of former Musician Union of Ghana (MUSIGA) President, Bice Osei Kuffuor popularly known as Obour died at the Greater Accra Regional Hospital (Ridge Hospital) on March 26 after testing positive for Coronavirus.

Obour said his father was initially tested positive for malaria upon his return from UK on March 19.

He said his family later arranged for his father to be tested for COVID-19 at the Greater Accra Regional Hospital (Ridge Hospital) after his condition got worse and was transferred there from his hometown.

Reports say after his death, the COVID-19 test results ran on him showed that he was positive.

Though Obour said he had tested negative for COVID-19 despite coming into close contact with his dad, the hospital staff who came into contact with the deceased were tested and quarantined mandatorily.

“The management of the Greater Accra Regional Hospital (GARH) is happy to announce to the general public and staff that all those who were put under mandatory quarantine in connection with Obour’ father, a confirmed case have tested negative. They include seven nurses, three doctors and an IT officer,” a statement issued by the hospital said.

The hospital further stated that “the above category of workers were quarantined because they had contact with the deceased when he was accidentally admitted and briefly managed at the emergency ward.”

Following the death of Nana Osei, there was a contact tracing exercise for people who came in contact with him.

According to Obour, all six family members of his father have tested negative, including 33 other residents of his hometown Juaso in the Asante Akyem South constituency who came into contact with the chief.