Govt Will Not Play Politics With Fuel Prices 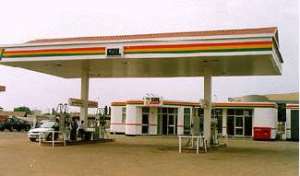 The Deputy Minister of Energy, Mr Kobina Tahir Hammond, has stated that the New Patriotic Party (NPP) administration will not toe the line of the National Democratic Congress (NDC) and play politics with the fuel situation to put the economy out of gear.

He said it would be irresponsible on the part of the NPP to buy crude oil from the international market and reduce the prices at home to create the huge debt of over ¢4.5 trillion that the NDC left.

Mr Hammond, who is the Member of Parliament (MP) for Adansi Asokwa, stated this at a forum for the Tertiary Education Students Confederacy of NPP (TESCON), Accra Polytechnic Chapter, in Accra.

It was held on the theme, “The Petroleum Price Hikes and the Economy of Ghana”.

Mr Hammond said the NPP government was aware of the repercussions of the increases of petroleum prices and would continuously put in place mitigating measures to ensure that Ghanaians coped with such hikes.

He mentioned some of the measures as the Metro Mass Transport system, Capitation Grant and the Schools Feeding project.

He commended Ghanaians for making the right choice in voting for the NPP in 2000 and 2004, because the continuous stay of the NDC in power would have meant the collapse of the Ghana Commercial Bank (GCB), which had to give letters of credit for the purchase of the crude oil despite the high inflationary rates.

Mr Hammond said through the prudent economic measures instituted by the NPP, in which the cedi had remained considerably stable, in relation to other international currencies with interest rates reduced, people now had confidence in the economy and businesses could now borrow at low rates and make plans for the future.

He said the NDC introduced nine of the 11 tax components in the prices of fuel in the country, while the NPP brought only two - the Tema Oil Refinery Debt Levy and the Social Mitigating Fund Levy.

He challenged the “Wahalians”—members of some minority political parties, who oppose fuel increases, to come out with alternatives that would mitigate the hardships imposed on the country each time crude oil prices in the international markets were increased.

Mr Hammond described as hypocritical, the call by some opposition members for the tax component to be reduced, because no country can develop without taxes and added that the taxes derived from the sale of fuel constituted a meagre portion of the national revenue.

He said since Ghana was not a crude oil producing country, it would have to contend with the situation until the exploration of oil started yielding positive results.

He said that the government was also seeking other alternatives, all geared towards ensuring the best for Ghanaians.

The Chairman of the Parliamentary Committee on Education, Mr S. K. Balado Manu, announced that the government had placed a bill before parliament to ensure that polytechnics in the country offer masters degree programmes.

He said this would facilitate the academic progression of polytechnic graduates. He added that although the polytechnics were not fully equipped and had inadequate personnel to produce middle-level managers for industry, as envisaged by the propounders of the polytechnic system, some graduates from the polytechnics had also contributed to the wrong impression that they are second fiddle to their counterparts from the universities.

Mr Manu, who is also the MP for Ahafo Ano South, called on the government to channel adequate resources to the polytechnics to make them well-equipped and also attract enough lecturers.