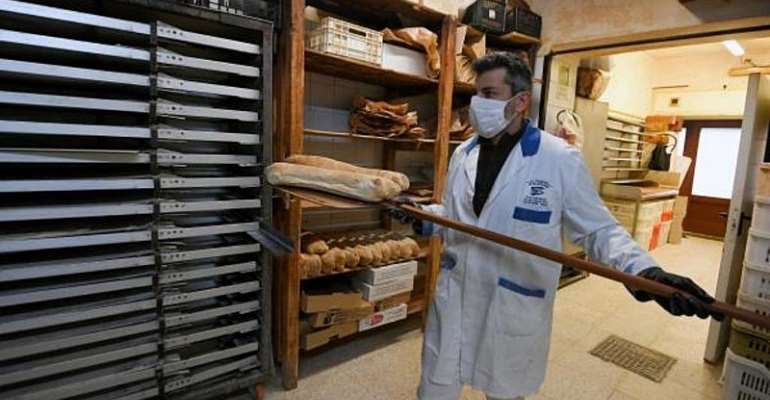 After an Easter like no one in this country could ever have imagined, the time has come for resurrection in Italy. The government had announced in its latest decree that starting April 14 some businesses could re-open. From today people in bookstores, dry cleaners, stationery shops and those selling children clothes have been allowed to return to work.

Although the resurrection may have begun for some, other regions however have decided not to open these businesses yet, like Piedmont. Sardinia will delay opening until 26 April.

Lombardy and Italy's economic capital Milan was the hardest-hit area in Italy by the coronavirus pandemic and Campania, with its capital Naples are delaying the re-opening of bookstores and stationery stores until the end of the national lockdown on 3 May.

In Rome and the surrounding Lazio region, the authorities have also decided to delay openings of bookstores until next week to allow sanitizing of the spaces and re-organization of the shops.

Moving slowly towards Phase 2
Italians across the country are wary about the government's decisions. They are only too mindful that the emergency is far from over and that the number of deaths remains very high, as well as the number of newly infected. Italy's civil defence department reported that the country's death toll exceeded 20,000 this week and the number of people who have caught the virus has surpassed 15,000. There is however light at the end of the tunnel as the number of people with the disease being admitted into intensive care units has been dropping steadily for more than a week.

Italy has been on lockdown for over a month and although many are tired of having to stay inside their homes, there is widespread awareness this is the best solution to avoid the spread of the disease until a vaccine is found. Italians have been told Phase Two will involve a very gradual re-opening of businesses while maintaining a number of precautions. Then there will be a Phase Three which will involve a full return to the life people the country were accustomed to, before the first person died of Covid-19 on 21 February.

Italian industry waiting to get back in gear

For the past month Italians were only able to leave their homes to go and purchase food or medicines or if they had a justified work reason or if they had an emergency. Apart from supermarkets and pharmacies, a number of other stores have remained open throughout the lockdown including household goods stores, home appliances and electronics stores and delivery services.

While factories are still not allowed to re-open, according to the government's latest decree, a number of other industries have been given the green light to operate. These include forestry, wholesale of fertilizers and agricultural chemicals and landscape maintenance. Manufacturers of computers and other electronics, tools and machine parts and radiators and heaters can also go back to work.

Everyone must continue to maintain social distancing and hygiene measures and no customers are allowed into shops without protective masks.