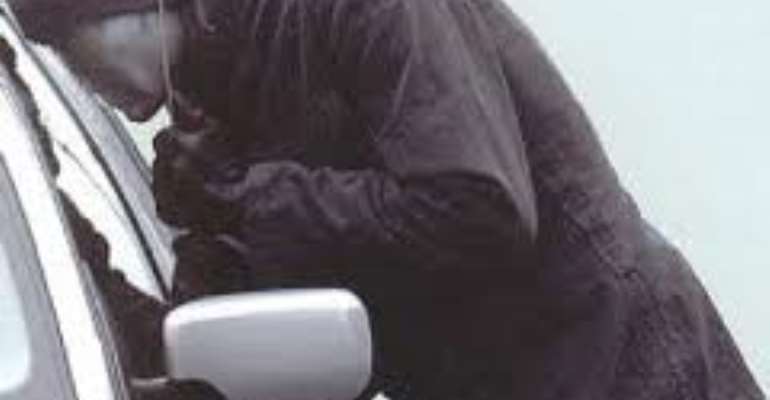 A suspected thief believed to be in his late 20's has been lynched by unidentified persons at Newtown, a suburb of Ashaiman in the Greater Accra Region.

The yet-to-be-identified suspect was found dead near the Newtown taxi rank on the Afariwaa- Newtown junction stretch with screw driver and other implements around him.

Information available to DGN Online indicates that the suspect was allegedly caught in the act on Tuesday dawn after luck eluded him but his accomplices managed to bolt leaving him to his fate.

A resident said he was alerted by the incident upon hearing unusual noise outside his compound but refused to come out.

“The noise lasted for few minutes with people calling for him to be killed because thieves have been terrorising them frequently in the area. I am not surprise about what I saw this morning,” the resident stated.

Meanwhile, the body has been conveyed and deposited at the morgue of the Tema General Hospital for autopsy.

Police say they have launched an investigation into the matter and therefore called on the public to assist with any credible information to help in the processing of the case.

Shatta Wale is missing, no where to be found – Father
5 minutes ago