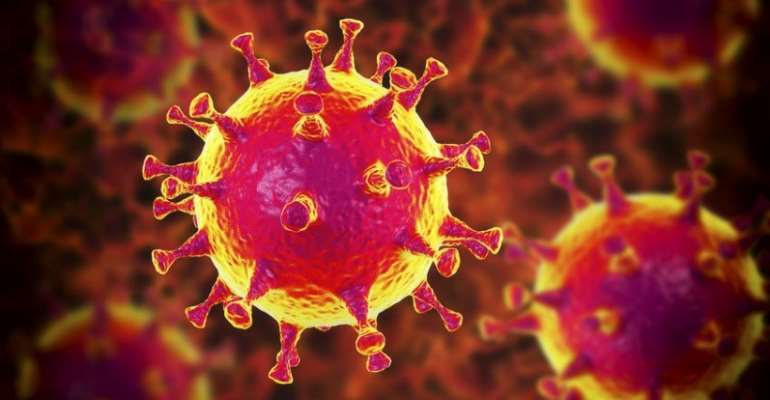 IT is quite clear to everyone with eyes to see, that the Coronavirus pandemic is not something to play with.

The “great communicator” who heads the British Government, Mr Boris Johnson, found out how uncomplicated COV-19 is, the hard way. He stood before his nation at press conference after press conference, exuding confidence that his Government was on the right track, in terms of battling the disease. Important figures in the Government's scientific community flanked him as he waxed eloquent about “herd immunity” and other quirky issues.

For whatever reason, these scientists weren't able OR WILLING to contradict him strongly enough. And before they knew it, Boris was HIMSELF in an intensive care unit at St Thomas' Hospital in London, fighting for his life.

COVID, the great leveller, had not scrupled to put Boris in the caring hands of two nurses (who may soon have to leave Britain if and when Boris enacts the Brexit agenda that took him to Number Ten Downing Street. )

Yes, both nurses were of “foreign” origin – one was from Portugal (member of the EU from which the UK UNDER BORIS is splitting!) while the other was from New Zealand (a member of the “Commonwealth”, a body which the party Boris heads doesn't seem to treasure too highly.)

Boris specifically thanked Luis Pitarma (the Portuguese nurse) and New Zealander Jenny McGee, for standing by his bedside "when things could have gone either way". No-one expects Boris to be converted overnight into a “globalist” who believes that the world belongs to all of us and that all nations should be one another's keeper. But he and the BRITAIN FIRST BRIGADE have been taught a very useful lesson by COVID-19.

In the US, President Donald Trump has said so many outrageous things about COVID-19 that it's difficult to cherry-pick the more nutty ones.

What's indisputable is that whilst he's been “tweeting” like a magpie that's lost its pile of hoarded non-sequiturs, New York City – the world's greatest city – has become the world's number one victim of the dreaded disease. That's certainly one way of attaching the word “great” to America: America The Great Pestilence Centre?

If these ironical things are happening to the great and mighty of the world, it behoves us here to be extremely careful not to tempt COVID-19 by practising party politics in its ambit. Who could have imagined that one of our TV stations would “accidentally” telecast a pornographic video at a time that the President, Nana Addo Dankwa Akufo-Addo, was speaking to the nation about COVID-19?

Nevertheless, our Government itself, I plead, should try hard not to fall into the trap set by the propagandists. Sure, there are people who would rather see Ghanaians drop dead like flies than see the Government succeed in defeating COVID-19. If the Government pays too much attention to the verbiage of the propagandists, it will be distracted from taking ACTION, and that's when COVID-19 will take advantage of the situation to strike us dead.

At the moment, the most important question the Government's health team has dismally failed to answer is this: HAVE WE DISTRIBUTED ENOUGH PERSONAL PROTECTION EQUIPMENT [PPEs] to our front-line health workers?

It is not rocket science to point out that the doctors, nurses, porters and cleaners who expose themselves physically to both COVID-19 patients and those who may have been infected but show no symptoms of the disease as yet, must under no circumstances be put at risk of catching the disease themselves from its victims. Unless they are psychologically sure of their own safety, they cannot give of their best to anyone else.It is a simple matter of logic -- self-preservation before everything else.

This is such an elementary consideration that it should not take the form of, I repeat, rocket science to anyone, let alone those who have actually been trained in science or are specialists in public health. Yet, both the British Medical Association (for instance) and the body that caters for nurses in the UK, have been pleading consistently for weeks to be given adequate numbers of PPEs.

At last count, about a dozen doctors and health workers had died in Britain fighting COVID-19! Interestingly, the overwhelming majority of those who have died were black, Asian, or of other minority origins. Information is scarce about exactly how such a peculiar number of non-white doctors and nurses have died, but the British National Health Service has been so stricken with a political disease called privatisation that it wouldn't surprise anyone if the ordering, supplying and distribution of PPEs had been entrusted to private companies ridden with racism, or which only exist to make profits.

Is our own health service being similarly obstructed in its primary duty of caring for its front-line professionals, through bureaucratic “turf wars” and/or profit-seeking?

At the social level, it's depressing, as we enter our second period of lock-down, to read that a “beach party” illegally took place at Chorkor (an Accra suburb) and that the military had to go there and do a bit of bugabuga in order to disperse the crowd. Educated people who have relatives in and around such areas should make it a personal mission of theirs to explain to the residents that COVID-19 is not to be played with; that it doesn't show open signs that it has struck, but makes itself manifest only when designated TESTS for its presence are carried out. THAT'S WHY THE EMPHASIS IS ON TEST, TEST, TEST!

Talking of tests, I hope our health team(s) are learning from the Chinese and the South Koreans that market entrances, transport stations, malls and other places that attract large numbers of people, can be fitted with infra-red electronic devices which can blow an alarm if someone PASSES THROUGH THEIR BEAM whose high temperature indicates the possible presence of COVID-19.

There are so many technical measures that we SHOULD take, for if the United States, a country that has sent men to the moon, is lying flat on its face before CPOVID-19, then those of us from countries where many people still believe that the earth is “flat,” should be more cautious than anyone else.

Common sense tells us that we should follow the example set by the countries that have been successful in combating the pestilence – China, South Korea, Singapore and Germany, for example.

Common sense tells us also that we should not feel too proud to request for safety equipment from WHEREVER we can get it.

Indeed, we should feel no shame in asking to be allowed to buy such safety equipment on credit. In this instance, not only must “kafodidi” (the debtor must eat!) but the debtor must be alive if he is ever to be able to redeem his debt.

Re food distribution: it must be noted that Ghanaian society is so corrupt that if proper, impartial, expertise is not applied to food distribution, we shall be fighting one another and thereby defeat the good intentions of the Government. God be with us all. God forbid!