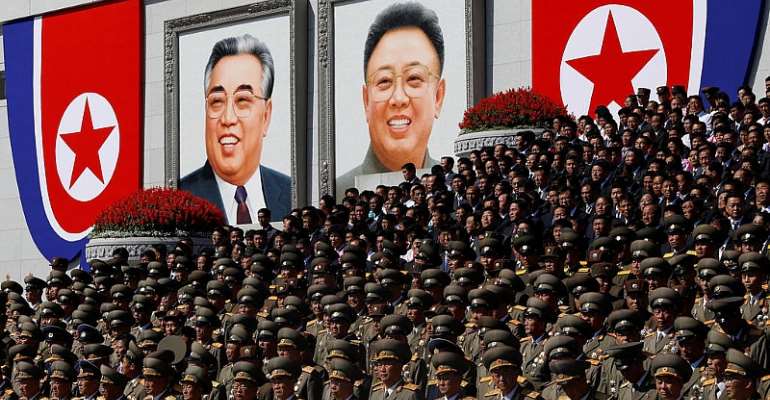 North Korea fired several suspected cruise missiles Tuesday towards the sea. The projectiles were launched a day before National Day and also before the South holds parliamentary elections, while world attention has been largely focused on the coronavirus pandemic.

15 April, “Juche 109/4/15” according to the North Korean calendar, is the Day of the Sun, a public holiday celebrating the birthday of the founder of North Korea, the “Eternal President” Kim Il Sung, grandfather of current leader Kim Jung-Un.

Pyongyang has repeatedly tried to show its technical capability on, or just before the Day of the Sun, in honor of the “Great Leader.” In April 2009 it launched a satellite, in April 2016, it tested an ICBM motor, on April 15, 2017 it launched a missile (that exploded in mid-air.)

Tuesday's missiles travelled over the Sea of Japan, also known as the East Sea, before coming down in the water, according to a statement by South Korea's Joint Chiefs of Staff.

Instead it reported on Kim Jung-Un receiving dozens of floral baskets and letters from dignitaries world wide, including from Bonginkosi Emmanuel Nzimande, the general secretary of the South African Communist Party, Nigerian President Muhammudu Buhari, and the leader of the Lao Communist Party, Bounnang Vorachith, pointing out that capital Pyongyang is “bedecked with flowers” ahead of the Day of the Sun.

No Covid-19
The Day of the Sun takes place three days after the yearly session of the Supreme People's Assembly (SPA), North Korea's “parliament” that, unlike its counterpart in China, the National People's Congress, took place in spite of the pandemic.

The Cabinet Report, one of two reports submitted to the SPA repeated a claim that “not a single case [of COVID-19] has so far been reported in our country.”

According to 38north.org, a North Korea watchers website, the statement “corresponded with the fact that the photos of the SPA session show a convention hall filled with hundreds of delegates who were not wearing a face mask.”

Arouse the working people
But even if North Korean coverage of the Covid-19 pandemic seems eager to report on South Korea's corona casualties, an article dated February 11 states that authorities had taken unidentified steps to “arouse the working people in all sectors to combat the novel coronavirus infection with highest consciousness,” indicating a high level of concern.

Earlier on, Korean news outlets showed Kim Jung-Un with his entourage where he is the only one not wearing a face mask, indicating that he may be untouchable by the virus.

‘We Won’t Tolerate LGBTQ+’ —Ga Chiefs back criminalization b...
36 minutes ago