4 Questions For Kumawu MP To Answer Over Corruption Allegations 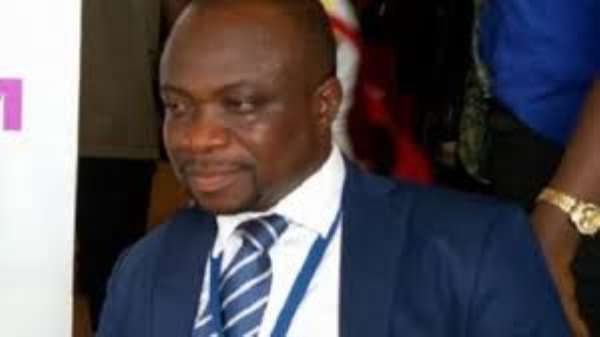 The legislative branch of government has the task of writing, amending, and repealing laws. Effectively they are simply required to make laws. Members of parliament are also supposed to police the Executive and Judiciary, given power to impeach people in those branches.

In Ghana Members of Parliament seem to have been vested with more power and have a greater responsibility to their constituents in the area of advocacy for development and monitoring and evaluation of development activities.

They even have the capacity to implement through allocated MPs common fund and the sourcing for sponsorships from donors, non-governmental organizations and benevolent institutions.

Some Members of Parliament however swindle their electorates with unrepentant lies and fabrications to win power and even after being elected become dictators and Lords over their constituents and even over other government officials in the constituencies.

The self-aggrandized autocrats abuse their legislative power and no room for respect of the rule of law, traditional leaders and even divergent opinions and this simply impedes development in their various constituencies.

I am worried because, this is part of the topmost reasons why we are where we are as a country and as a continent - poor, abusive leadership.

The worst part of it is the stinking corruption with lack of probity and accountability that has crawled into some of these members of parliament who perpetuate corrupt acts with no iota of remorse.

I write this piece because I have one of such corruption infested MPs in my constituency who apart from his disrespect to community leadership is also unrepentantly abusing the meagre common fund allocated to support the constituency through him.

For the benefit of doubt and the disabusing of any imagination of this piece coming out of sycophancy or stoogeism, I will show my identity. I am Ebenezer Ofori Sarpong, popularly known as Citizen Ebenezer, an indigene and citizen of the Kumawu Constituency in the Ashanti Region who is fully going to exercise my franchise in the upcoming NPP primaries. By now, you know I am talking about my MP, Hon. Philip Bassoah.

The MP for Kumawu, Hon. Philip Bassoah has a lot of corrupt deals under his carpet and I will release all of them gradually but for now I will only through this epistle ask him about the botched financing of a DVLA structure in the constituency.

QUESTION 1: hon., you are quoted to have spent 340000 Ghana cedis (3.4billion old Ghana cedis) on renovation of an existing building. This amount per my little procurement knowledge can build at least a fully furnished 6-unit classroom block. This means you could put up a building from the scratch. How did you spend such a whopping amount on just renovation? Where is the money honorable? We don’t want to think you inflated the cost for your personal gains.

QUESTION 2: Hon. You lied that, the money is from your common fund, meanwhile we are aware that the ministry of Special Initiatives as part of their 1million dollars per constituency project allocated funds for a NEW building. You have not put up a new building but used the 3.4billion old cedis to renovate.

Hon, why did you lie that the money will put up a new building when it is renovation? You have also not told us the true source of your funds. Hon can you please come clear on this? Else we will think that you have taken the fund twice for a single project.

And let me remind you Honorable that we may be heading to court, because the Special Initiative Ministry’s money per the law should only be used for new projects, not renovations.

QUESTION 3: DVLA has outsourced and privatised the road worthy aspect of their responsibilities, given that the project is wholly private per the arrangement of DVLA who only set standards to the private investor, the big question is; how come public funds is used to renovate private interest project? That exisiting structure being renovated is a public one and so is the private investor under any agreement to pay monthly rent? We as citizens want to know and see the agreement. Hon who is the Investor? Our investigations show that he is related to you sir. Can we know the details?

QUESTION 4: Honestly, we were made to understand that drivers license would be issued and renewed at the 3.4 billion renovated office and work to start last year June, but aside the shady and shoddy deal allegedly found in the process and the execution of the project, the office is still not in operation. More revealing, the Kumawu DVLA is not going to issue and renew licenses as you promised but will only focus on other petty things. Hon. Why did you lie about this too?

We are being shortchanged and the people of Kumawu demand answers from the Member of Parliament who stood before the people and said on record that he's spearheading the construction of DVLA at 3.4billion. Please come clear and clean for we are in to support government agenda not to smartly profit unduly from it.

This is deception at the greatest level.

Our District hospital is left crying for continuation of which our MP has never commented on the floor of Parliament or outside yet he lies to that he's working on it. Braonwam side of the constituency which was originally billed to benefit from the K3 project is still wallowing in anticipation and has never even raised it in parliament to the minister.

Our eyes must be on Kumawu constituency for to take its rightful place. Kumawu is made up of strong men with enviable tradition and we must rise to defend it.