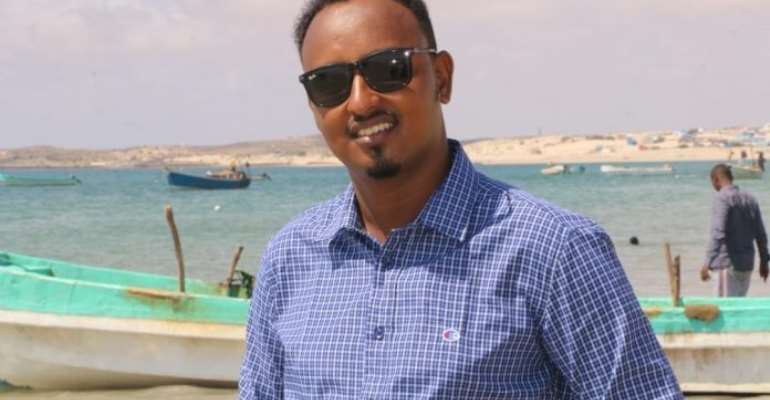 According to the journalist and colleagues, Mr. Salad was arrested while filming at Alanley Beach in the coastal town of Kismayo around 12.p.m local time where a boat carrying khat cargo— the stimulant narcotic leaf recently banned by Somalia Federal Government due to the Coronavirus outbreak— was offloaded. He was held for two hours at the police station before he was released without charge.

Somali Journalists Syndicate (SJS) reminds federal and local authorities that journalistic work can save lives in the current emergency situation and should not be threatened, intimidated or arrested for reporting what is in the public interest.

“We condemn all sorts of violations against the press covering the COVID-19 at this critical time including the latest detention of journalist Adan Mohamed Salad in Kismayo,” Abdalle Ahmed Mumin, Secretary-General of Somali Journalists Syndicate (SJS) said, “Somali people are struggling the fight against the pandemic coronavirus and in the meantime journalists and media houses are playing an important role to inform the public about the ongoing crisis. We call authorities to allow access to information for media and journalists so the public is better informed.”

SJS is also concerned that journalists covering the COVID-19 outbreak in Mogadishu and Hargeisa were also intimidated, threatened and —at least— two reporters briefly detained in Mogadishu late last month in the midst of Covid-19 assignment.

Meanwhile, Somali Journalists Syndicate (SJS) welcomes the announcement by the Somali Prime Minister, Hassan Ali Khaire, on Monday evening that media houses and working journalists shall be able to operate during the curfew declared by the Police Chief, General Abdi Hassan Mohamed, on Sunday as the government classifies media as essential service in the fight against the COVID-19.