French lockdown to continue to May 11, non-European borders to remain closed

By David Roe and Jan van der Made - RFI 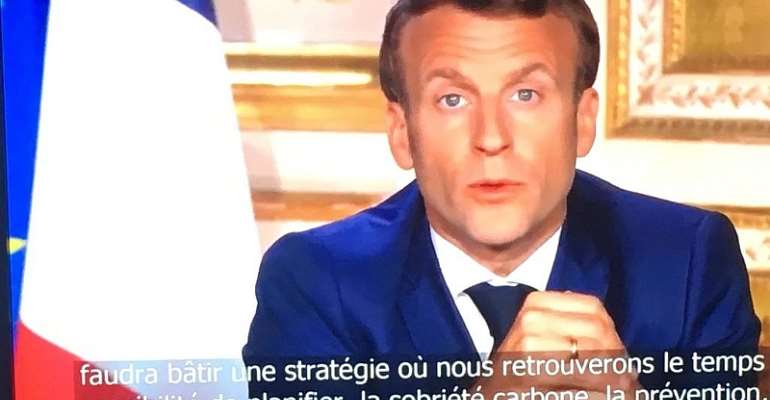 French President Emmanuel Macron on Monday announced he was extending a virtual lockdown to curb the coranavirus outbreak until May 11. He said progress had been made, but the battle was not yet won.

Acknowledging his country had not been sufficiently prepared early on to face the challenges posed by the outbreak of the new coronavirus, Macron said the unprecedented restrictions put in place were showing results.

“The epidemic is starting to slow down. The results are there,” Macron said in a televised address to the nation. “Thanks to your efforts, everyday we have made progress.”

“But our country was not sufficiently ready for this crisis. We will all draw all the consequences,” Macron said.

Four weeks under lockdown
Macron's prime time address came as France ended a fourth week under lockdown, with residents ordered to stay at home except to buy food, go to work, seek medical care or get some exercise on their own.

After a relentless increase until the first week of April, the number of patients in French hospitals' intensive care units has started to decline, prompting health authorities to call a plateau in the deadly epidemic.

But if French hospitals are just about coping, helped by a massive effort to transfer patients by plane, helicopter or even high-speed train from hospitals in the east and Paris to the west, nursing homes have been overwhelmed.

By Monday, the coronavirus had claimed 14,967 lives in France, the fourth-highest death toll in the world, with more than 98,076 confirmed cases, according to official figures.

Macron said that by May 11, France would be able to test anyone presenting COVID-19 symptoms. Schools and creches would progressively re-open, he said.

Although Macron's popularity initially shot up after he followed Italy and Spain in introducing drastic curbs on public life, his government has faced accusations of failing to address a shortage of masks and testing kits.