China Must Wake Up And Stop The Blame Game On Africans, NPP Japan Branch To China 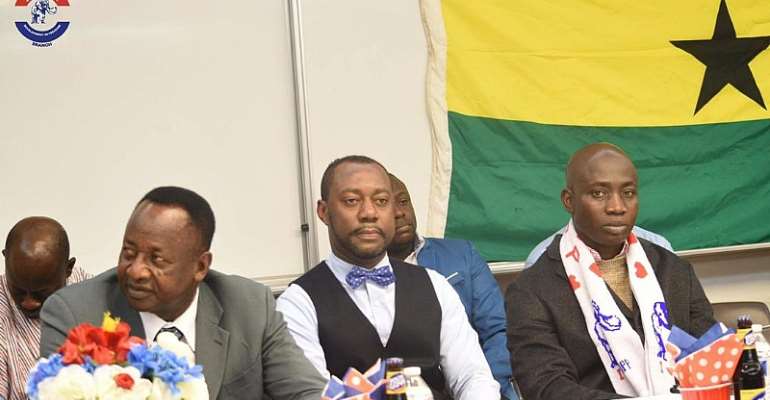 Widespread accounts shared by most African on the social media in the wake of the anti-African sentiments in Guangzhou province of China has raised concerns both in the print and electronic media.

Africans have been evicted from their homes by landlords and turned away from hotels, despite many claiming to have no recent travel history or known to have contact with COVID-19 patients.

There are other reported incidences where Africans sleep on the streets of Guangzhou beside their luggage.

Aggravating the situation is a clear violation of human rights by the state police in videos circulating as police continue to harass Africans on the streets and forced them to test for COVID-19 even if they do not have any travel history.

Through this medium, we are registering our displeasure as Ghanaians and other African nationals have become targets of suspicion and subjected to forced evictions, arbitrary quarantines and mass coronavirus testing as China steps up its fight against imported infections.

Following the series of attacks and inhumane treatment on Africans, most of them have turned to street begging and sleeping in streets and under bridges.

We can not sit aloof whiles the dignity of our fellow brethren are not respected and have been thrown into the dustbins.

Besides and prior to these happenings, many Africans in China have long complained of targeted racism, in the form of Chinese holding their noses as they walk past Africans, racially offensive adverts on their national television and other social media platforms and Chinese actors performing blackface in a nationwide gala.

We fully back the summoning of the Chinese Ambassadors by the Ghanaian foreign minister and urge other African countries to do the same.

In the wake this, we call on the African Union, African embassies in China and other countries, the United Union as well as international organizations to condemn these acts of injustices and call the Chinese authorities to order.