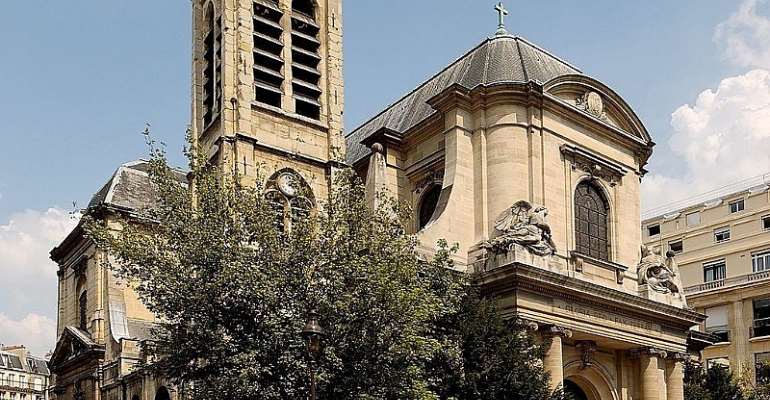 The priest of a traditional Catholic church in Paris was fined 135 euros for flouting coronavirus lockdown laws. Some 40 parishioners attending the Easter Vigil mass fled the scene as police arrived.

Religious services and all gatherings have been banned in France since a total lockdown has been enforced on 17 March to contain the spread of Covid-19.

But the traditional Saint-Nicolas-du-Chardonnet Catholic church in the fifth district of Paris - not far from Notre Dame Cathedral - held an Easter Vigil mass late Saturday.

The police had been alerted by local residents who heard music coming out from the church, known for its conservative rites and Latin mass.

When the police arrived, they found the doors of the church firmly closed. At midnight, a person came out and acknowledged to the police that there were some 40 people inside.

The priest was warned and booked for not respecting lockdown rules. He was fined €135.

According to the police, the worshippers fled the scene and could not be cautioned.

Church Livestream
The Youtube channel of the Saint-Nicolas-du-Chardonnet church livestreamed the Easter Vigil mass held on Saturday 11 April. It started at 10:30 PM and went on for nearly three hours

The video shows priests and choir boys celebrating the Easter Vigil liturgy in Latin without wearing any masks nor respecting social distancing rules. The worship also included the eucharist where choir boys could be seen receiving the host from the priest's naked hands.

The Church also published a message to its parishioners on its Youtube channel saying that watching mass online does not replace nor dispense them from physically attending the worship in church. The warning was followed by an appeal for funds.

There has not been any other reports of defiance towards coronavirus restriction measures during the Easter week end. Churches were empty and worships were retransmitted on TV or through social media for worshippers staying at home to celebrate Easter Sunday.

We will not hesitate to proceed on strike on Monday if deman...
10 minutes ago

Treason trial: Bomb the ministry for transmission to go off ...
26 minutes ago