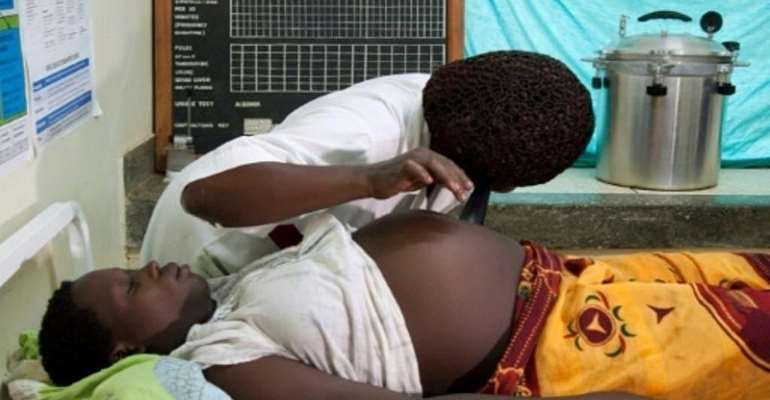 As African countries impose measures to prevent the spread of highly contagious Covid-19, sexual and reproductive health workers are finding their work increasingly difficult, from transportation bans to rules that could put a pregnant woman's life in jeopardy, according to an international sexual health group.

According to the latest statistics from John Hopkins University in the US, Comoros and Lesotho are the only African countries that remain virus-free. In an effort to try and fight the extremely contagious Covid-19, African governments have moved funds regularly earmarked for healthcare and reproductive healthcare to dealing with the virus.

IPPF conducted a survey of members around the world and how they are operating in the shadow of Covid-19. The Africa region has seen the largest number of mobile clinics closed, with 447 shut.

“These figures show that millions of women and girls across the world now face an even greater challenge in trying to take care of their own health and bodies,” says Bermejo.

The Africa Centre for Disease Control and Prevention reported that some 25 African countries have already imposed some type of lockdown measure regionally or nationwide.

The lockdown in Uganda was more restrictive than in other parts of Africa, and indeed in other parts of the world. Museveni addressed the nation on television at 20h00 local time, outlining all the measures that would be imposed. He was still speaking at 22h00 local time when the lockdown went into effect that night, leaving many Ugandans scrambling to buy food and supplies.

One lawyer is suing the government for unlawfully imposing a lockdown before putting the proper protocols in place.

The lockdown outlined by Uganda's President Yoweri Museveni prevents private cars on the road, and motorcycle taxis as well.

Without cars, health care workers and pregnant women “can't get to the office, and people can't access clinics. Because of that, we had to close some,” says Jackson Chekweko of the non-profit Reproductive Health Uganda in Kampala, Uganda, that provides sexual and reproductive healthcare across the country.

Only essential services would be allowed to stay open in Uganda, and sexual and reproductive health is now considered essential, says Chekweko.

“Based on this, we had to close down clinics where it was next to impossible to get to the facilities,” he adds. Only clients within walking distance of a facility could go because the government allows only those in critical condition to be given a permit.

“We will do everything we can within our Federation to maintain and restart services. But we also need to see action from national governments,” according to IPPF Secretary-General Bermejo.

“But without political will, and additional resources such as PPE (Personal Protective Equipment), face-to-face services cannot be delivered safely during this pandemic,” he adds.

While pregnant women can be transported to health facilities with permission from the health district commissioner, this remains a major problem, says Chekweko.

“Sometimes delivery does not give a warning,” he says.

As a member of the Safe Motherhood Committee, Chekweko met with Minister of Health Jane Aceng to push for allowing mothers to go to a health facility as a matter of emergency, waiving the health permit.

Ugandan “security was concerned that people would take advantage of not having a permit and put something in their stomach and pretend they are pregnant. At least that can be sorted out. But let pregnant mothers be left to move without condition,” he says.

Pregnant women have already died in Uganda due to lack of transportation.

“If these losses can't be course corrected the consequences for women and girls will be catastrophic; resulting in loss of health, autonomy and life,” says IFPP's Bermejo.

The three-day lockdown instituted by the government gave insight into what is to come, says Dr. Frances Wurie-Sesay, an obstetrician at the specialist King Harmon Road Child and Maternity government hospital in Freetown.

“When we had the three-day lockdown, I had three cases that were home deliveries. They only came in because they had complications,” says Wurie-Sesay. Transportation was banned, and there was no way to get to the hospital. But those who had problems called the 117 hotline, she said, which was put into place throughout the country during the Ebola epidemic from 2014-2016.

“People would call 117 to call us and we would get the ambulance to get from them to us,” which was a way to get delivery emergencies to the hospital she says.

Although doctors were pushing for a 14-day lockdown because of the incubation period of the virus, the government refused.

“From the government's point of view, this is a poor country and people live hand-to-mouth; who would provide food and water for them?” she says.

Sierra Leone began a 14-day partial lockdown on Saturday, 11 April, with a curfew from 21h00 to 06h00, allowing only essential businesses to operate-- fuel, water, and food sellers. All offices will be closed by 16h00.

Maintaining a lockdown to prevent the spread of Covid-19 is necessary, but Wurie-Sesay worries that without family planning services, including contraceptives, there could be a spike in teen pregnancy, as there was during Ebola.

“Schools are closed, teenage girls are home, there's a high chance of them getting pregnant during this period. Maybe there are some economic difficulty, or there's a high tendency of domestic violence in the home, and that is also a cause for concern,” she says.

“We're thinking of all the possible unwanted pregnancies and unsafe abortions during this period, and STIs (sexually transmitted diseases) as well,” she adds.

Baby boom and other concerns
Both Wurie-Sesay and Chekweko believe that a baby boom will be a distinct possibility in Sierra Leone and Uganda, respectively.

“A baby boom? For sure! If people are stuck at home all day, you'd expect that pregnancy rates are going to be increased. It's a cause for concern,” says Wurie-Sesay.

The King Harmon Road Child and Maternity hospital in Freetown does not specialize in Covid-19 cases, but all staff have been trained and are treating every patient as a possible coronavirus case. The staff wear personal PPE and have an isolation area available for possible cases.

Last week, a woman came in to the hospital with a three-day history of coughing and fever, says Wurie-Sesay. She was put in isolation, samples were taken, and she came out negative.

“Now we're approaching the rainy season, where people will be coming in with coughs, and this is going to create a kind of diagnostic dilemma,” she says, especially as the country does not have enough tests for all seven million Sierra Leoneans.

“Normally you would probably think bronchitis, or pneumonia, and now you have to think about Covid-19 as well. We don't know how that is going to be in the next couple of months,” she adds.

Her hospital has enough PPEs for now, but a spike in cases could be problematic. In Uganda, Chekweko says that family planning supplies will suffer as government-supplied PPEs are given to medical staff dealing with Covid-19. Non-profit Reproductive Health Uganda has used their procurement budget to buy enough PPE for the 280 staff throughout the country.

The inflation around protective gear has increased tenfold, in part because the virus came to Uganda a little bit later, says Chekweko.

“Other countries in the region had already been affected, and those from Kenya bought all the masks and took them back to Kenya. By the time we started to procure items that were US$3, we were buying them at US$30,” he says.

IPPF has established an emergency fund to provide PPE to members in need and is coordinating a Federation-wide response through a COVID-19 Taskforce.

Chekweko is hoping that Reproductive Health Uganda will be one of the emergency fund recipients.

“We are really worried with sustaining ourselves,” he says.