Why Ghana's smallholders aren't excited by the latest 'Green Revolution'

By Siera Vercillo - The Conversation 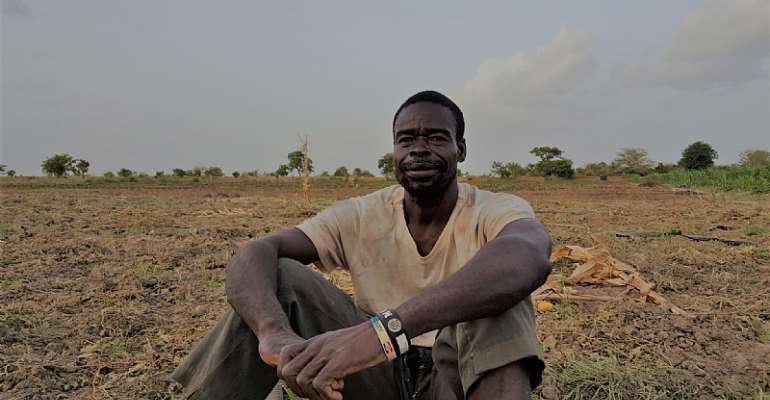 A Ghanaian vegetable farmer sits on his land - Source:

The Green Revolution – the introduction of new higher yielding seed varieties, increased use of fertiliser, irrigation and other mechanisation introduced since the 1960s – brought about a great increase in crop yields in some countries in the Global South. Hybridised seeds produced more grains per plant and were more responsive to fertiliser and irrigation.

But the effects of this “ revolution ” were famously uneven, both between and within countries. The farming environment in sub-Saharan Africa wasn't as well suited to the technologies as Asia and Latin America.

In the past 20 years, a newer model of the Green Revolution has emerged predominantly in sub-Saharan Africa. Domestic and international agribusinesses have a much more prominent place. The Green Revolution of the past was more heavily supported by public and quasi-public institutions. Now the private sector is encouraged to take the lead role in distributing agricultural inputs and getting outputs to market. The idea is to commercialise production and integrate farmers into global markets.

The contemporary version of the Green Revolution is promoted largely by the Alliance for a Green Revolution in Africa , the G7/G8's New Alliance for Food Security and Nutrition in Africa , the World Bank, USAID, the African Union among others. These donors generally take the view that African agriculture must be transformed to use land more efficiently and catch up with the productivity levels of other regions.

But there are many questions about whether this newer Green Revolution can increase production in a way that will reduce poverty and food insecurity.

Our previous research analysed whether this approach is likely to succeed. We looked at the assumptions it's based on and the possible consequences, particularly for smallholder farmers. Focusing on northern Ghana, we then completed a case study of how the strategy is playing out.

We found that the vast majority of smallholder farmers were reluctantly adopting the new varieties of seed, chemical fertilisers, agrochemicals and farm contracts promoted as part of the Green Revolution. Farmers adopted these inputs and business arrangements to address the immediate challenges of erratic rainfall, shortened growing seasons, drier soils with diminished fertility and increasing land competition. But many described this decision as a short-term trade-off to maintain the yields required to survive. They did not have the hope of increasing yields.

In our case study we found that many farmers expressed deep concern about the long-term consequences of the Green Revolution prescriptions. These included damage to soils from herbicides and fertilisers, the narrowing of crop varieties planted and foods consumed, rising levels of indebtedness, and heightened risks of land dispossession, particularly for women.

Most smallholders used new varieties of seed when planting soy, rice, maize and groundnuts. These matured and could be harvested in a shorter time than “non-improved” varieties. This helped in a shortened growing season associated with a changing climate.

But some farmers insisted that the new seed does not actually increase yields.

The improved varieties were also “open pollinating” – the plants produce seeds for the next season. But only a limited number of crops have been improved and could grow within shorter time periods (such as 90 days for maize). This was reducing the diversity of crops planted and the variety of foods consumed. Crops that required longer growing periods, such as millet and sorghum (120-150 days), were once common but are grown by fewer farmers. This could have shifted diets to maize instead of more nutritious staples such as sorghum or millet.

Many smallholders said they were more frequently turning to herbicides to deal with weeds – a growing problem which they blamed on soil degradation. They said chemical fertilisers were becoming necessary just to maintain production levels, and this put them further into debt. Their increasing dependence on pesticides and chemical fertilisers was becoming a vicious dependency spiral.

Community members pointed out that farming was becoming polarised between those who could afford to finance the promoted package of inputs and those who couldn't.

Another major concern for many smallholders was the growing presence of newcomers to their communities who have access to finance to farm, including direct payments from development projects. Their presence stoked competition for land. One smallholder described his sense of the newcomers:

Big people, MPs and the educated who are all into farming. I think it is a way of investment. That is why more of such people are rushing into it.

Land was regularly described as being in short supply, as more people moved into farming in response to new incentives and environmental changes. Some were trying to increase their acreage planted to compensate for lower yields stemming from drying conditions.

The majority of farmers felt they had to continuously cultivate all of their fields. Many knew this contributed to soil degradation and reliance on chemical inputs but they are trying to minimise the risk of dispossession. As one smallholder put it:

We know of the benefit of fallowing, but the moment you even leave it, somebody is hungry for land, he will even come and say, 'you are satisfied and left some', so he will be begging to farm on it.

Our case study shows that even though many smallholders have adhered to the newer Green Revolution model, they are worried about its long-term implications. It is also clear that wealth and gender disparities affect the ability of farmers to access and benefit from new technologies and markets. Female farmers are especially disadvantaged and at risk of dispossession.

In developing more sustainable agriculture, the first step should be to listen to what smallholder farmers say about their particular environments and constraints. And not funding technologies and business arrangements that exacerbate environmental changes and socioeconomic inequalities.

Siera Vercillo has received funding from the Social Sciences and Humanities Research Council of Canada, the International Development Research Centre and Western University in Ontario, Canada.