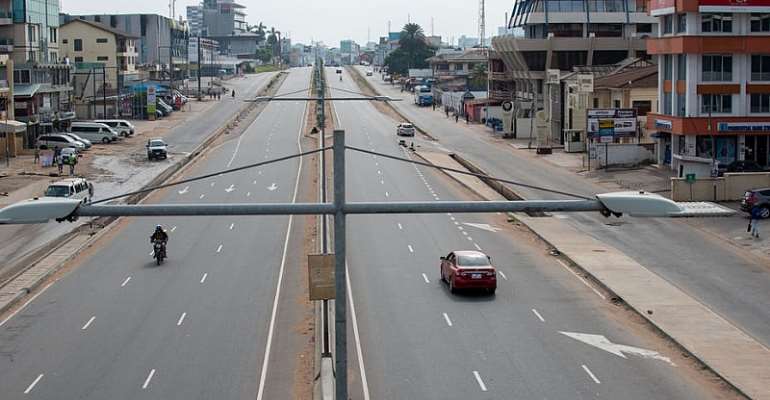 It was another beautiful Saturday on Joy Newsfile. Before 9am, I was ready with my TV set knowing very well issues of Covid -19 pandemic would take cetre stage of the discussion. My hopes were high; I expected nothing from the program aside education, sensitization and ecstasy. Yes, it all started in line with my expectation as Samson Lardy Anyenini, the host of the program introduced his guest, went ahead to table the topic for discussion , then as usual, read his take on the topic.

Of course, the program as usual, beamed on its esteemed standard; as the professionals dealt with the topic with their professional experiences. They actually showed they were masters in their field of disciplines. They elaborated and explained much on how Ghana as a country is doing in the fight against the pandemic. However, they emphasized the fact that we need to do more as a country.

My enjoyment of the program was tainted when it came to the part of the government’s food distribution intervention. The producer showed a video footage of how food was been distributed in one of the lockdown areas. This made me to break down in tears. I cried like a baby. Oh no! The scenes were horrible. The very reason for the lockdown was completely defied. Immediately the food arrived in a kia track, people forgot of the social distancing protocol. The moment I broke down in tears was when I saw our brothers and sisters from the north we call “kayayes” and other inhabitants in that slum rushed out and rounded the food track like lions have gathered to devour their catch.

That was not even the emotional and horrible aspect of the scene. “Machomen” was seen in the vehicle throwing the food at our poor siblings. They will throw a bunch of food tied in polythene bag to the masses. The children mixed with adults will rush to collect food stuffs thrown at them. No wonder the technical producer of the program was signaled to stop showing those footages as they were too horrible for human consumption.

Could there be a more polite way of distributing this food? Could these “machomen” be more humane in presenting these foodstuffs? Couldn’t the Ministry of Gender and its partners find a more humanitarian measure of distributing the food items instead of throwing them to humans like dogs?

As Dr. Nsiah Asare rightly suggested that the Ministry of Gender can distribute the food in collaboration with local authorities like the Assembly Members and Traditional Authorities so as to arrange a more humanitarian and organized way of distributing these food items. He furthered argued how an NGO he worked for organized a similar food distribution program that was not as chaotic as the government’s own. From video footages shown, viewers saw how responsible the private distribution was from the government’s own.

At this critical moment, every single intervention earmarked by the government is to make life a bit confortable for citizens at these uncomfortable times but, the actions of certain individuals may ruin the social intervention policies of the government. Let us check that and correct our mistakes as we move forward to conquering our mortal enemy, covid-19. People in the lockdown areas are humans and should be treated as such.

God bless our homeland Ghana and make our nation greatest and strongest.

Anti-gay bill : Tell foreign missions if they provoke us we'...
22 minutes ago