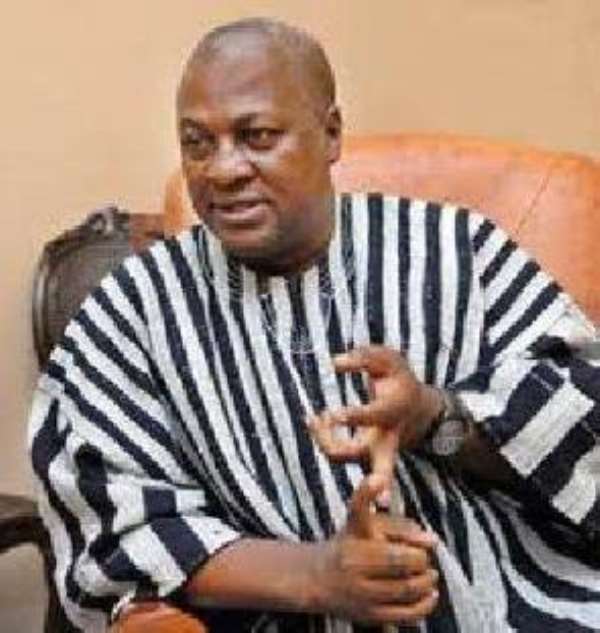 But then, it is inexcusably absurd for any Mahama agitprop shill to insist that just because the massive collapse of the nation’s commercial banking system that occurred under the watch of the Mahama regime has been attributed to the former President, automatically makes the construction of the Bank of Ghana Hospital necessarily hermitically attributable to Mr. John Dramani Mahama (See “Coronavirus: It’s Illogical to Say BoG Hospital Is Not Mahama’s Legacy – Manasseh Replies Baako” MyNewsGh.com / Ghanaweb.com 4/11/20). This is a rather cheap and tawdry logic that has absolutely no validity in sound logic and critical thinking, contrary to what the Mahama propaganda machine operatives would have Ghanaians and the rest of the world believe.

There is also a funny irony in the fact that the Bank of Ghana Hospital is only now being volleyed up for debate merely because this health center has been designated as a COVID-19 treatment center by the Akufo-Addo-led Administration of the New Patriotic Party (NPP). To be certain, short of the preceding fact, there would be little or absolutely no debate over the relevance and/or significance of the Bank of Ghana Hospital, because it is only merely being wedged or shoehorned into the debate as a beachhead to enable the man who has done the least to facilitate the development the nation’s healthcare gain some clearly undeserved credit.

But, guess what, Dear Reader, it is not only the Bank of Ghana Hospital that has been designated as a COVID-19 treatment center in the country. In the Central Region, for example, as one can readily suppose the same situation to prevail or be valid and/or operational in most of the other regions, we even have fee-free Senior High Schools like Adisadel and Aggrey Memorial, among a platoon of others, being considered for prime designation as COVID-19 treatment centers. So, what really is the practical relevance or significance of launching into a scandalous debate of civil strife proportions over the designation of the Bank of Ghana Hospital as a COVID-19 treatment center? After all, doesn’t Mr. Mahama already hold the uncontestable record of having callously supervised the effective bankrupting of the John Agyekum-Kufuor-implemented National Health Insurance Scheme (NHIS), which took President Addo Dankwa Akufo-Addo some two years to credibly resuscitate?

You see, it was these same Mahama propaganda pit-bulls who savagely pelted Mr. Kwaku Agyeman-Manu with stones, cudgels and other crude forms of missiles, when not very long ago, the Akufo-Addo-appointed Health Minister inaugurated the Mahama-initiated but Akufo-Addo-completed Ajumako-Sunkwa Community Health Center, in the Central Region. And the rather predictably barbaric reason for assaulting Mr. Agyeman-Manu was that the Ajumako-Sunkwa Health Clinic was a Mahama Legacy which the Health Minister had absolutely no right to inaugurate and pretend as if was one of the health-policy achievements of President Addo Dankwa Akufo-Addo. What is inexcusably pathetic in the debate swirling around the architectural authorship of the Bank of Ghana Hospital, is the acute desperation demonstrated by the Mahama Posse that it would stop at nothing to make grand and quixotic claims simply as a means of creating an aperture of a fighting chance for the man who still has not been able to name his Presidential Running-Mate with barely 8 months to Election 2020.

Mahama may very well be the human personification of the Coronavirus Pandemic. What happened to such “Presidential Partners” as Messrs. John Evans Atta-Mills and Papa Kwesi Amissah-Arthur? Your guess is as good as mine, Dear Reader.