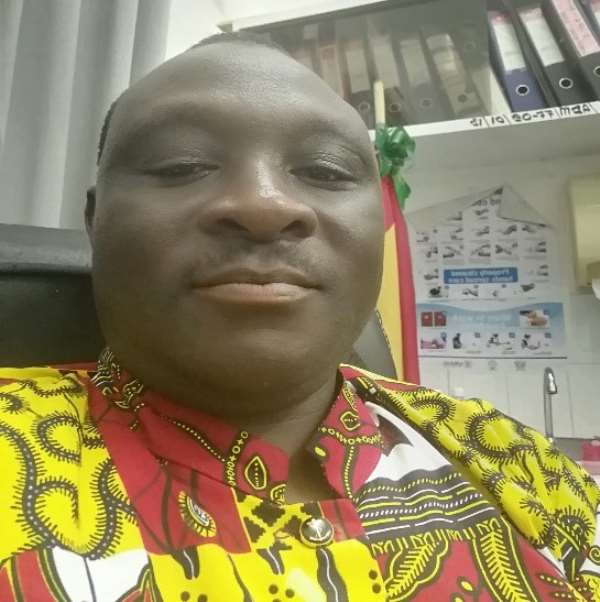 Since 1992, Ghana has been holding its general (presidential and parliamentary) elections every four (4) years. Also, Ghana inaugurates a new Parliament and a new President on 6th January and 7th January respectively every four (years) from 1992. Inaugurating a new Parliament on the 6th and a new President on the 7th of the ensuing January after an election year is, therefore, a Fourth Republican Order or Calendar.

Ghana’s 8th general election in the Fourth Republic has been slated for 7th December 2020, the same year in which there is a global battle against an infectious pandemic disease called Coronavirus or COVID-19. Medical experts have advised that people should practice social distancing or avoid crowds as a way of containing the infectious disease. As it stands now, no one knows when there will be a tested vaccine for viral disease. Neither does anyone know when the incidence and prevalence of the disease will stop globally and locally in Ghana? Will COVID-19 pose a threat to Ghana’s 2020 general elections and what happens if it does?

Justification For This Article And Relevant Rhetorical Questions

The impetus for writing this article is imaginative and it portrays proactive thoughts. The article seeks to imagine a situation in Ghana whereby the COVID-19 disease and the social distancing practice with lockdowns will prevent Ghana from holding its 8th general elections under the 1992 Constitution. The general elections must be held before 6th January 2021 when a new Parliament is supposed to be inaugurated and before 7th January 2021 when the President-elect will be sworn into office in the presence of the 8th Parliament of the Fourth Republic. The following rhetorical questions are therefore relevant to the discussion.

The foregoing will be constitutional matters confronting the Supreme Court of Ghana should COVID-19 delivers its devastating blow to Ghana’s general elections on grounds of social distancing. The Supreme Court is the body clothed with the original and final jurisdiction to interpret constitutional provisions and give meanings to them (article 2 of the Constitution).

Constitutionally, whether or not the 2020 elections were held, Parliament will be dissolved and the President and the Vice President, as well as the Ministers, will end their four (4) year tenure. As such, their mere continuation in office after the end of their tenure will be unconstitutional and therefore an ultra vires act. Every established ultra vires act is illegality.

In J.H. Mensah v Attorney-General (1996-97) SCGLR, the Supreme Court of Ghana deduced from the governmental framework established under the 1992 Constitution and held that ministerial tenure of office must cease with the expiration of the term of office of the President who appointed the Ministers unless the Ministers are re-appointed according to the relevant constitutional procedures.

Interestingly, the current President (Nana Addo Dankwa Akuffo Addo) was one of the lawyers for the Plaintiff in the J.H. Mensah case under reference. The plaintiff was Joseph Henry (J.H.) Mensah who was the Minority leader in Parliament at the time (1997-2001) and a member of the new Patriotic Party (NPP). The National Democratic Congress (NDC) government lawyers in the case were Dr. Obed Asamoah (Attorney General as he then was) and Mr. A.B.K Amidu who is currently the Special Prosecutor of Ghana. He was then the Deputy Attorney General in the Rawlings democratic Administration.

The Supreme Court ruling in J.H.Mensah v Attorney-General (ut supra) is to the extent that even if the same President (Nana Addo for example) is re-elected for a second term, his previous Ministers whose appointments were not revoked before he was inaugurated as President for a second term, cannot claim to continue indefinitely as Ministers in the second term. The President must necessarily re-appoint them if he chooses to continue working with them as his Ministers. The J.H.Mensah v Attorney-General case was an interpretation of article 81 of the 1992 Constitution by the Supreme Court.

In a constitutional order of precedence, there are four gentlemen of the land (Gentlemen is a generic term for ladies and gentlemen since Ghana’s Interpretation Act states that whenever the pronoun he is used in any statute in Ghana, it also means she and vice versa). Per article 57 (2) of the Constitution, the four gentlemen of the land are the President, the Vice President, the Speaker of Parliament and the Chief Justice. In a descending order, they take precedence over all persons in Ghana.

The last three gentlemen of the land (the Vice President, the Speaker of Parliament and the Chief Justice) are constitutionally clothed to act as the President of Ghana one after the other in the absence of the President or if the President is unable to perform the duties of his office.

Logically, therefore, should election 2020 not be held before 6th January and 7th January 2021 and there will be no President, Vice President and Speaker of Parliament. As such, will the Chief Justice act as the President of Ghana? It is possible but a President or acting President cannot run the governmental structure without Parliament under the 1992 Constitution. This is because a significant number of presidential duties are subject to parliamentary approval. We will continue with the discussion in the next episode (Episode 2). In episode 2, we will attempt answers to this question. Is There Any Overt Constitutional Provision Relating To The COVID-19 Situation? We will examine some related constitutional provisions. We will also explore the Constitutional Grounds Of State Of Emergency In Ghana before we draw the curtain on the discussions. Stay alert!!! for Episode 2.