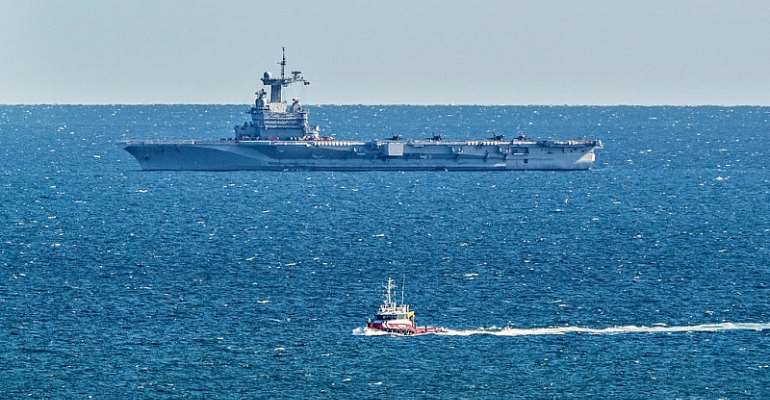 The Charles de Gaulle aircraft carrier docked in the southern French port of Toulon early Sunday afternoon, with fifty cases of Covid-19 on board. All personnel will go into a two-week quarantine, and the vessel will be disinfected.

The nuclear-powered carrier, the flagship of the French navy, returned to port 11 days earlier than planned because of the coronavirus breakout on board. The armed forces ministry said Saturday that fifty sailors had contracted the virus.

Three sailors have already been evacuated as a "precaution", and the others will be transferred to hospital.

The carrier had 1,700 people on board, with an additional 200 in a frigate sailing with it. They will all be put into a two week quarantine in military barracks before being allowed to have contact with their families. Everyone will be tested for Covid-19.

"Our goal is to protect all our sailors, but also their family and the French people, by deploying unprecedented measures,” said Christine Ribbe, spokesperson for he Mediterranean maritime prefecture, a few hours before the carrier arrived.

The origin of the virus on the carrier is not yet known. The Charles de Gaulle had been on mission since 21 January, spending several weeks in the Mediterranean as part of the French contribution to the international anti-jihadist operation in Iraq and Syria.

It then crossed into the north sea for security operations. It had had no contact with anyone or anything outside the vessel since a stop at the port of Brest on 15 March. Three weeks later the first cases were detected.

The carrier itself will be disinfected starting Tuesday, to allow it to get back to work as soon as possible, according to the Armed forces ministry.