Boko Haram Counter, Insurgency Operations: How The Public Can Contribute 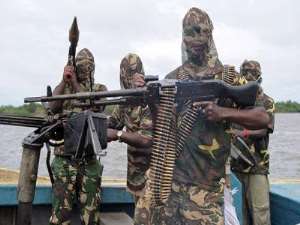 Notable among threats to contemporary international security is the spate of Islamic fundamentalism. These threats have manifested in varying dimensions, depending on the strategy of its actors. In certain cases, the threat has taken advantage of state fragility, while in other instances; the threat has been a deliberate challenge against perceived western cultural imperialism.

Perhaps, to counter this perceived encroachment on cherished values, the Al Qaeda and until recently ISIS plunged the Middle East region into turmoil, with occasional infiltrations into Europe and North America. In West Africa, countries in the Lake Chad Basin (Cameroun, Chad, Niger Republic, and Nigeria), in particular, have been engaged in an intractable battle to defeat the Boko Haram insurgency since 2010.

At the height of the conflict, Boko Haram hit targets in the Abuja and Kaduna before they were contained within, Adamawa, Borno, Yobe States of Nigeria. In other countries of the Lake Chad Basin, Boko Haram has focused on hostage-taking, executions, plunder and looting of villages in Extreme North Province of Cameroun, Lake Province of Chad and Diffa Province of Niger Republic. United Nations sources estimate that the ten year Boko Haram insurgency has claimed about 30,000 lives, displaced about 3.5 million people and destroyed property worth billions of Naira in the sub-region.

Apart from being religious fundamentalists, Boko Haram is also a terrorist social movement. Like all social movements, it represents groups that are on the margins of society and state. Outside the boundaries of institutional power, Boko Haram seeks to change the system in fundamental ways, through a mix of bigotry, demagogy and terror. Analysts believe that the initial stalemate in diagnosing the problem emboldened the terrorist group, resulting in its quickly moving to implement its agenda through the dissemination of its poisonous religious ideology

In dealing with terrorism and insurgency, several lines of operations are usually open to governments. These include; kinetic, diplomatic, political, Information and economic lines of operation among others. However, the line of operation that members of the public can easily lend support to their governments and armed forces is Information and National Orientation. This is because the information is the oxygen of all terrorist movements, therefore, public use or misuse of information can promote, enhance or destroy terrorism, including Boko Haram.

Still within this premise, the mass media play crucial roles in shaping public opinion. The ability to set the agenda and act as gate keeper give the media a unique influence over their audiences. Terrorists are aware of this interplay. Consequently, they leverage the media to advance their cause. Scholars like Brigitte Nacos believe that the media are indispensable to terrorists. In her work “Mass Mediated Terrorism: The Central Role of the Media in Terrorism and Counter – Terrorism”, Nacos outlines how terrorists exploit global information networks to proliferate their violent achievements, known as “propaganda of the deed”. This make professional handling of information in the era of Boko Haram terrorism is a clear and compelling line of operation. However, the emergence of new and social media has broadened the media ecology. Audience members with access to smart phones and similar platforms can leverage social media and disseminate media content to millions of people. Although this innovation has inherent challenges, its power and benefits can be responsibly harnessed to defeat our common enemy.

Like all insurgencies, Boko Haram insurgency and the counterinsurgency efforts of the sub-region are basically contestations for superiority of ideas. While Boko Haram is offering a 6th century ideology that is not practiced even in the bastion of Islam, governments of the Lake Chad Basin Countries have opted for continuity of secular society, religious tolerance and freedom. In the end it is the side that is able to significantly gain the acceptance of the public of the dominance of its ideas that will win the war. The choices are clear and ultimately ours to make. It is for this reason that information and indeed the populations in the respective countries are the most critical factors in insurgency and counter – insurgency. So far, there have not been sufficient demonstrations of public distaste and revulsion to the violence orchestrated by Boko Haram. However, considering the issues at stake, the public must therefore climb down from the fence and support their governments. Boko Haram insurgency has taken this long partly due to the ambivalence of the public. Perhaps, the greatest blow to Boko Haram would be the populations disavowing and rejecting their ideology.

To bring this Boko Haram threat to an end, concerted efforts need to be made to roll back the gains made by Boko Haram in the ideational and information domains. A substantial portion of this drive can emanate from members of the public rising stoutly in support of their governments and armed forces by being circumspect and selectively exposing themselves to information that seek to promote and glorify Boko Haram and their condemnable ideology.

Severally, people have promoted the ideals and missions of Boko Haram unknowingly. Seemingly harmless attitudes like circulating Boko Haram images and texts reinforce positive notions of Boko Haram in other people and become force multipliers that sustain and energize Boko Haram. These innocuous acts enable radicalization and recruitment for Boko Haram. In order for soldiers to make progress in the front, support and patronage for terrorists, even in the cognitive domain must end. Physical manifestation of terrorism percolates from the cognitive domain.

From news reports, communiqués and utterances by public figures, there is unanimity of opinion across Lake Chad Basin Countries that Boko Haram prescriptions are not what is required to achieve national aspirations. This is a momentum. The public should therefore galvanize and weaponize this momentum and join in providing alternative narratives to Boko Haram propaganda. Contributions of this kind at individual or group levels by the public, using the social media will contribute significantly to the counterinsurgency effort, particularly, erasing wrong notions planted in the minds of young and impressionable people.