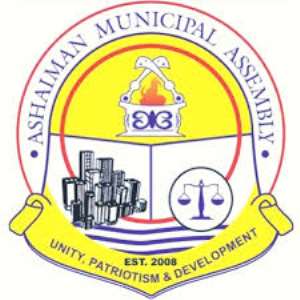 Two markets within the Ashaiman municipality have been closed to the public.

The Ashaiman Central market and the Mandela Markets will remain closed for the next two weeks as a means to curb the spread of the novel coronavirus which has infected 408 persons in the country.

The Ashaiman Municipal Assembly (ASHMA) in a statement explained that the markets were closed down because “all attempts to control the daily population in the markets have proved futile”.

It also said, “Additionally, attempts by the executives of the markets to regulate the number of market women selling in the markets on a daily basis have also failed.”

“The Municipal Security Council (MUSEC) at an emergency meeting held on Saturday, 11th April 2020 at 10:18 am, unanimously endorsed that the two (2) main markets in Ashaiman that’s Ashaiman Central markets and Mandela Markets to closed.”

It further disclosed that Ashaiman has been identified as one of the hotspots for the novel COVID-19 out in the country.

“The decision has become necessary because Ashaiman is a densely populated municipality and one of the identified hotspots in the country. The high population in the markets, therefore, puts everybody at risk. It is on the basis of the above, that MUSEC found it necessary to temporarily close down [the markets] for two (2) weeks,” the statement further indicated.

Alternative arrangements have however been made to open seven (7) satellite markets in the municipality to serve citizens.

The satellite markets are:

The statement also said the Assembly hopes these measures will help control the spread of the virus.

“It is the hope of MUSEC that this arrangement would help us control the spread of the virus in the municipality as social distance keeping remains one of the key strategies.”

In a similar move, the Kumasi Metropolitan Assembly has also closed down its markets over what it calls “blatant disregard” for the World Health Organizations's social distancing protocol in the wake of the coronavirus pandemic.”