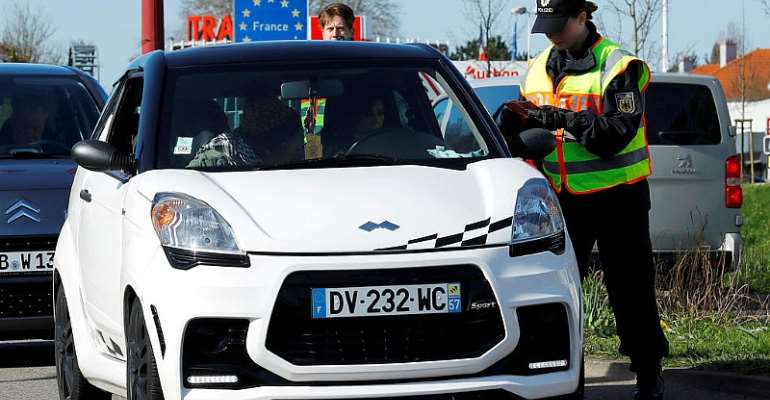 Germany's foreign minister has condemned aggression towards French people in the border areas between the two countries that has risen up during the coronavirus pandemic.

"Coronavirus knows nothing of nationality. It's the same for human dignity. It hurts to see how some of our French friends have been insulted and attacked because of COVID-19," Heiko Maas wrote on Twitter on Saturday. "Such behaviour is completely unacceptable. And besides: we are in the same boat."

Germany introduced border controls on 16 March, and since then, only goods are allowed through, and commuters who work on opposite sides of the border. Police have turned back other travelers.

The French region on the German border, Grand Est, has been the country's hardest hit by Covid-19, with more than 2,000 confirmed deaths.

Across the border, in Germany's Saarland state, only 41 deaths have been registered Germany's nationwide death rate of 2,544 is is below France's 13,800.

'Isolated' incidents
The French consul in Saarland, Catherine Robinet, told the AFP news agency that the incidents against French people are isolated, and date back to March, when the border was being closed.

She gave the example of several French housekeepers who were working for a cleaning company on the German side of the border were banned from coming to work from one day to the next.

Anke Rehlinger, Saarland state's economy minister, Tweeted last week that there have been reports of French people insulted, and being pelted with eggs.

“People doing such things are sinning against the friendship between our nations," she wrote. "I apologise to our French friends for these isolated incidents."

France and Germany have been working closely to come up with a European response to the coronavirus crisis.