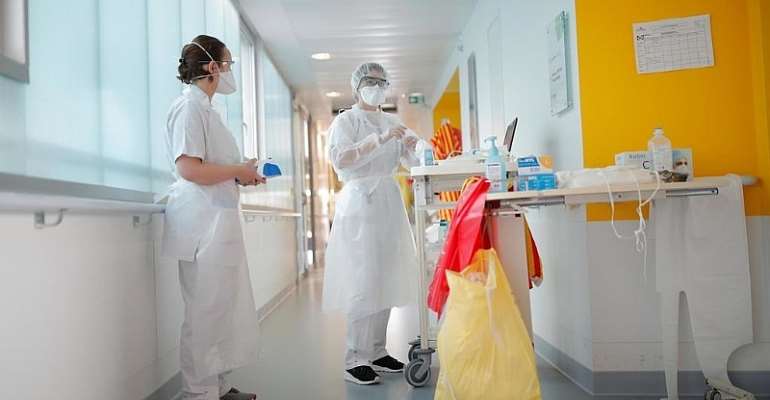 France on Saturday reported a lower daily toll for deaths from Covid-19, declaring a “plateau” had been reached in the country's coronavirus epidemic, albeit at a very high level.

The French health authorities said in a statement that 345 more people had died in hospitals and 290 in nursing homes – 635 over the last 24 hours – to bring the total death toll to 13,832.

“A very high plateau for the epidemic appears to have been reached but the epidemic remains very active,” top French health official Jerome Salomon told reporters. “We must absolutely remain vigilant.”

French lockdown
France has been in lockdown since March 17 in a bid to slow the spread of the epidemic, with only essential trips allowed that must be justified with a signed piece of paper.

For the third consecutive day, the number of coronavirus patients in intensive care was down, with 121 fewer people in such units for a total of 6,883.

France now has 90,676 confirmed cases of Covid-19 although the real number is likely far higher due to a lack of testing, the statement said.

Salomon said that if the plateau trend continues it means “we have succeeded in reaching a first step together and the lockdown is showing its first effects”.

But he warned: “It remains a very high plateau... there are still many hospital admissions... It is far too early – and not reasonable – to make predictions about the future.”

French President Emmanuel Macron is due on Monday to address the nation for a third time during the crisis and is expected to announce that the lockdown will be extended beyond its current April 15 expiration date.

Macron will have to steer a careful course amid the tentative signs of improvement, telling people they must still stay at home while giving indications about how the confinement may be relaxed.