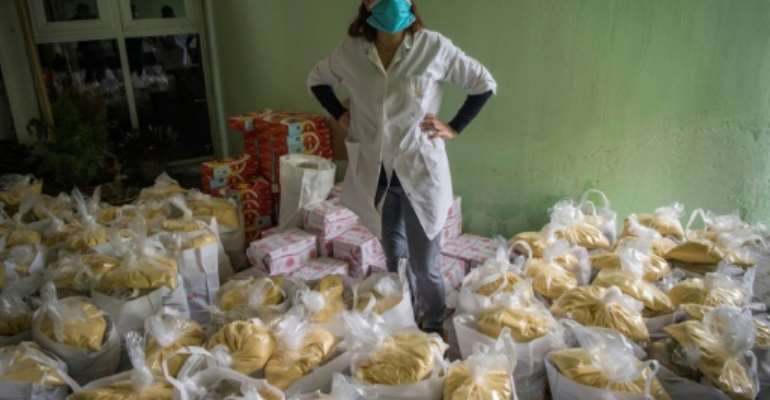 INSAF usually provides support including mediation and medical and psychological assistance. That all changed with the coronavirus pandemic. By FADEL SENNA (AFP)

A small van zips through the streets of Casablanca to deliver food to single mothers, as economic paralysis caused by the coronavirus crisis puts pressure on Morocco's poor.

"We have to be quick," says Bouchra, a coordinator from NGO INSAF who is supervising the day's rounds.

The lockdown to curb the spread of the COVID-19 disease, and a lack of work and money, are creating tensions in the working-class neighbourhoods of the country's economic capital.

Each year, INSAF helps over 500 young women who have fallen pregnant out of wedlock -- viewed as a "sin" by a society marked by religious conservatism.

The organisation usually supports the mothers with medical and psychological assistance, tries to mediate between them and their families and helps find jobs for the pregnant women.

But that all changed when the coronavirus pandemic struck, with the first distress calls arriving some 15 days after the government declared a health emergency around mid-March.

"The epidemic touches everyone, but single mothers are the most vulnerable", INSAF head Meriem Othmani says.

"Their families reject them and they have to manage alone with their baby, without any support."

Jobless and no safety net

The organisation phones a few minutes before the van's arrival to arrange a pick-up point on the street near the women's homes. It stops quickly, and the supplies are swiftly offloaded.

At each stop, passers-by ask if they can receive assistance too. 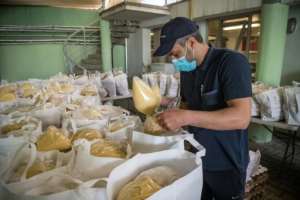 The single mothers try to avoid being noticed, ashamed of their social status and afraid of the envy of others.

"Thank you," murmurs Habiba before disappearing down an alley with two big bags of supplies.

"Many get by doing odd jobs in hairdressing, cleaning, or in the textiles industry or hospitality," INSAF's Latifa Ouazahrou says of the single mothers who have now found themselves without work or a safety net.

More than three million people out of Morocco's population of 35 million inhabitants are poor, according to official statistics. The monthly minimum wage is around $260 while three-quarters of workers have no social security cover.

The World Bank says around 10 million in Morocco could find themselves in difficulty as the pandemic hits and further pressure mounts due to a drought.

Emergency deliveries also go to families in isolated hamlets in the central Atlas region, where a drought in the agricultural sector is exerting further pressure.

State aid of up to 1,200 dirhams (around $120) is being allocated to needy families to weather the crisis, part of an emergency package also funded by corporate and private donations.

In recent days, the first beneficiaries were able to withdraw money from ATMs after receiving a text message from the authorities, thanks to a new payment system set up with help from local banks.

But helping the poorest is a challenge, and the country lacks a social register to identify the needs of the population.

"Some (single mothers) can't even buy milk for their baby any more," Ouazahrou says. "It's very important to bring them basic necessities."

As of Sunday, the coronavirus had claimed 111 lives in the North African country from a declared total of 1,545 cases. Only around 7,000 tests have been conducted.