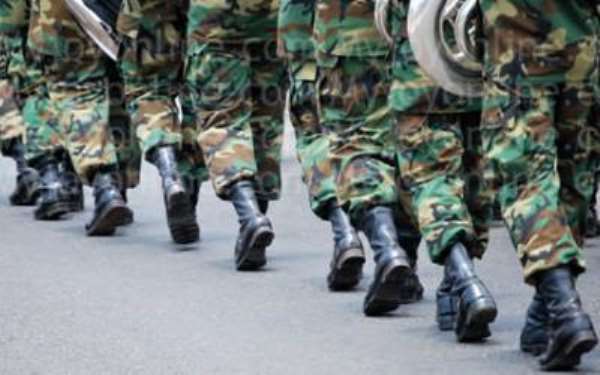 A reporter working with TV Africa has allegedly been assaulted by a soldier in Accra.

Samuel Adobah was assigned to cover a fire outbreak at Olebu in the Ga Central Municipality of Greater Accra Region on Friday when the incident happened.

Some men in military uniform onboard 'Operation Calm Life' vehicle with registration 49 GA 68 arrived at the fire scene to take control of the situation.

In the process of providing coverage at the fire scene, one of the soldiers whose name tag was Damfour, came towards Adobah and slapped from behind without any provocation.

Mr Adobah, who also report frequently on covid-19 updates by the Information Ministry reportedly fell on the ground and the solider attacked him further whilst the others were looking on.

Not even shouts from residents that “he is a journalist” could stop the soldier from his actions.

The angry soldier then snatched Adobah's phone from him and stepped on it several times, damaging it completely.

Afterwards the military men jumped into their vehicle and left the scene.

The case has since been reported to the police.