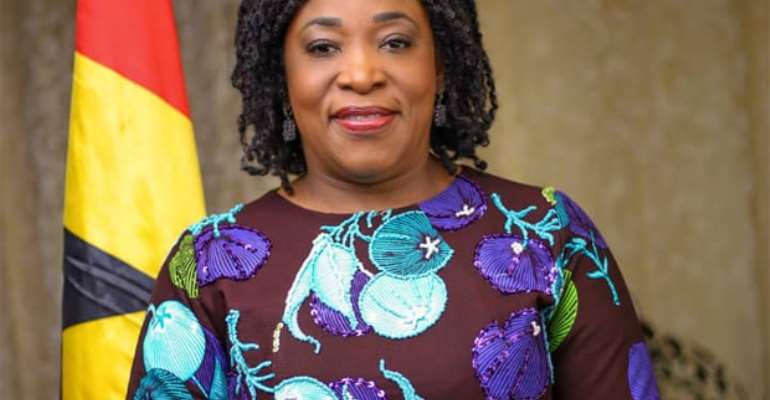 Minister of Foreign Affairs and Regional Integration, Shirley Ayorkor Botchwey, in a statement after a meeting with Chinese Ambassador to Ghana, Shi Ting Wang, expressed regret about the ill-treatment being meted out to Africans in China.

She says a formal communication from the government of Ghana will be issued within the next 24 hours to address the situation at hand.

According to media reports, Chinese officials have started evicting hundreds of African residents and businessmen from hotels and apartments as they are being accused of having the coronavirus.

The Africans say they are just being targeted under the guise of a testing campaign for the COVID-19.

Some of them alleged that they have been placed under forced quarantine without being told about the results of their tests.

The Africans, who are based in China's southern city of Guangzhou, have described the development as discriminatory.

“They are accusing us of having the virus,” a Nigerian student, Tobenna Victor, was quoted by the BBC.

Guangzhou houses one of the largest African communities in China.

African traders, buy most of their goods from the area to the continent.

Local Chinese health officials have raised concerns about a possible second outbreak of the COVID-19 over the increase in the number of imported cases.

The Foreign Affairs and Regional Integration Ministry on April 10, summoned the Chinese Ambassador to Ghana Shi Ting Wang for an urgent parley.

The meeting was in connection with maltreatment of Africans particularly Ghanaians by Chinese officials in China.