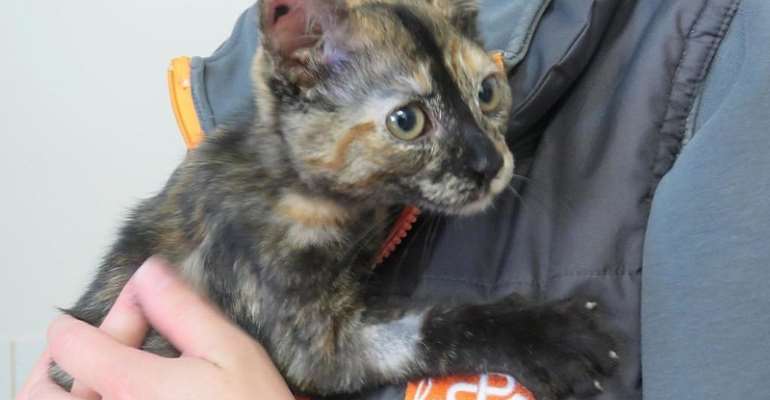 France will allow people to leave their homes to pick up a pet adopted from an animal shelter. The interior ministry announced Saturday that an exception to the strict lockdown measures that limit people's movement to try to stop the spread of the Covid-19 virus will be granted as of Thursday.

"It has been decided that tolerance will be granted for travel to adopt animals from shelters," the Interior ministry said in a statement, after the Animal Protection Society (SPA) warned that its shelters were overcrowding and called on the government to allow an exemption for people to leave home to adopt a pet.

The SPA shut its 62 centres to the public three weeks ago, on 15 March, to respect the government's orders to limit human contact to stop the spread of the coronavirus.

On Monday it warned that it had 5,000 animals in its shelters, with a capacity of 6,000. The society takes in animals from the pound and elsewhere, and does not euthanise them.

Pets do not spread Covid-19
In a newsletter sent last week, SPA president Jacques-Charles Fombonne said that shelters starting to reach their capacity and the society fears an increase in people abandoning their pets as they worry about animals carrying the coronavirus.

This, despite health authorities, including the World Health Organisation, saying there is nothing to indicate that that dogs and cats spread the virus.

One case of Covid-19 was detected in a dog in Hong Kong, but the SPA says "research indicates that this mutated version of the virus cannot be transmitted to humans”.

Any act of animal cruelty in France, including abandonment, is punishable with up to two years in prison and 30,000 euro fine.

"The government has heard the SPA's call, and we immediately took to heart the need to find a reasonable solution," he said in a statement.

The measures come into effect on Thursday, 16 April. In order to adopt a pet during the lockdown owners must select it online and make an appointment to pick it up. Only one person can go, and they must carry the appointment along with the self-certification document required for all outings in France.