Covid-19 will make malaria tracing and treatment much harder - WHO 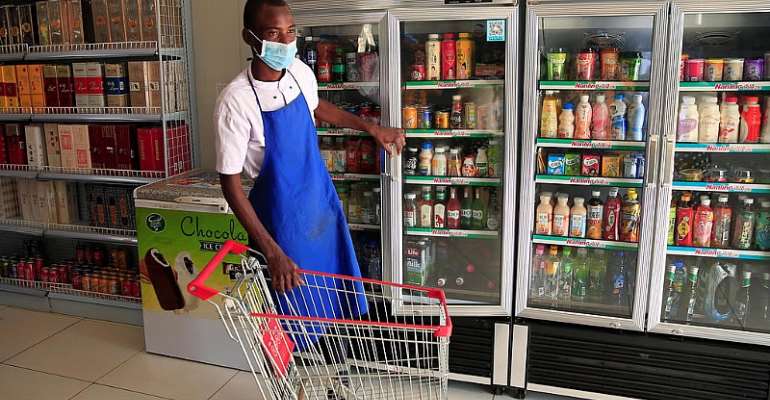 Covid-19 could complicate tracing and treatment of malaria and compromise wider public health programmes, new guidance from the World Health Organisation says, as Zimbabwe reported its own significant spike in the mosquito-borne disease.

Covid-19 could complicate tracing and treatment of malaria and compromise wider public health programmes, new guidance from the World Health Organisation says, as Zimbabwe reported its own significant spike in the mosquito-borne disease.

WHO's Global Malaria Programme says that in countries where malaria could make Covid-19 more deadly, mass distribution of malaria drugs may be an option.

"We recorded a total of 896 cases throughout the province with Beitbridge recording 819 and Gwanda 60,” provincial environmental health officer Notho Dube told the state-run Herald.

“Another worrisome development is that this year we recorded malaria cases in districts where we had never recorded any cases before,” he said.

The malaria figures are way higher than Zimbabwe's current Covid-19 caseload of 13 cases and three deaths.

Double danger
There are suspicions the Ministry of Health may be "missing" coronavirus cases and that some of these malaria cases may in fact be Covid-19. The two diseases have some symptoms in common including fever, headaches and body pain.

Another possibility is that patients may or will suffer both from coronavirus and malaria, which can co-exist with other infections. That could be a potentially lethal double whammy in a country where high rates of poverty and a reliance on the informal economy mean the coronavirus could spread very fast.

WHO this week recognised that double danger. “The confirmation of a malaria infection does not rule out the possibility that the patient might also be suffering from Covid-19; similarly, suspected or confirmed Covid-19 patients in malaria-endemic areas should also receive a malaria diagnostic test,” the agency's Global Malaria Programme says in its new guidelines entitled, “Tailoring malaria interventions in the Covid-19 response”.

Peak season
What is behind the worrying spike in malaria cases in Zimbabwe, with its hyperinflation-riddled economy and its dilapidated public health system that ruling party officials have long shunned in favour of treatment abroad? More and more are reporting -- anecdotally at least -- the rise in cases.

Dr Trouble Sauce, manufacturer of a popular local condiment, tweeted on Wednesday that it had witnessed a "high incidence of people with malaria" in Guruve, northern Zimbabwe. The company's volunteers were disinfecting the district's Ruyamuro Clinic as part of a social responsibility anti-Covid-19 campaign.

It is possible that these cases are indeed genuine malaria ones: April is after all the peak season for malaria in Zimbabwe. It's well known that there's been a shortage of mosquito nets. And recent rains have meant a proliferation of breeding sites for mosquitoes. There's been a hasty distribution of tens of thousands of nets in Beitbridge and Gwanda, according to the Zimbabwe Broadcasting Corporation.

Mass drug administration
Malaria and Covid-19 are two sides of the same coin, says Pedro Alonso, the director of the Global Malaria Programme. In a tweet the WHO official said: "Contain #COVID-19 AND accelerate our fight against #malaria which we know will kill hundreds of thousands of people this year, particularly in #AFRICA.. Failure to do so will send us back 20 years."

In its new guidelines, the global programme says mass administration of malaria drugs among targeted populations may be required in exceptional cases "to minimize increased disease and death arising from the Covid-19 pandemic."

It did not say what drugs should be administered. Malaria drugs chloroquine and hydroxychloroquine are being used to treat Covid-19 in many countries, but at the moment there is insufficient data on their use for that purpose and high doses of the drugs can be life-threatening, the guidelines warn.