French police turn away jetsetters heading for Cannes despite lockdown 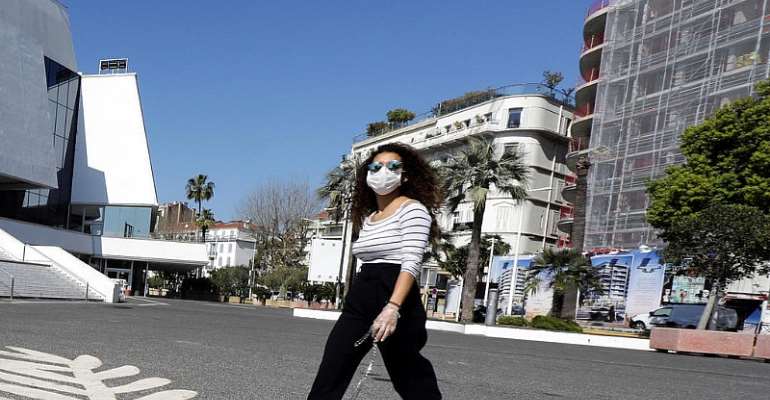 A group of would-be holidaymakers who flew in a private jet from London to the Côte d'Azur in France has been turned back by police.

Seven men and three women arrived on the chartered aircraft to Marseille-Provence airport, where helicopters were waiting to fly them on to Cannes, where they had rented a luxury villa.

The men, aged 40-50, and women, aged 23-25, were refused permission to enter France and ordered by police to fly back to the UK.

“They were coming for a holiday in Cannes and three helicopters were waiting on the tarmac,” a border police spokesperson told the French news agency AFP.

“We notified them they were not allowed to enter the national territory and they left four hours later.”

Once the Embraer Legacy jet had landed at Marseille-Provence, the group, made up of several nationalities including Croatian, German, French, Romanian and Ukrainian, reportedly tried to get help from contacts to continue their journey.

“They tried to make use of their connections and made a few phone calls,” the spokesperson said.

The helicopter pilots were told to return to their base and were fined for breaking the French lockdown rules.

The jet, chartered by a Croatian businessman reportedly in “finance and property”, arrived last Saturday, but details were only released on Thursday. French police said they would be carrying out strict checks on private aircraft arriving in France over the Easter period.

French lockdown
France is currently under strict lockdown that looks set to be extended on Monday when  French President Emmanuel Macron is due to address the nation.

The global coronavirus death toll topped 100,000 as Easter weekend celebrations around the world kicked off in near-empty churches with billions of people stuck indoors to halt the pandemic.

Extraordinary measures from New York to Naples to New Delhi have seen businesses and schools closed in a desperate bid to halt the virus's spread, and the IMF has warned that the world now faces the worst economic downturn since the Great Depression