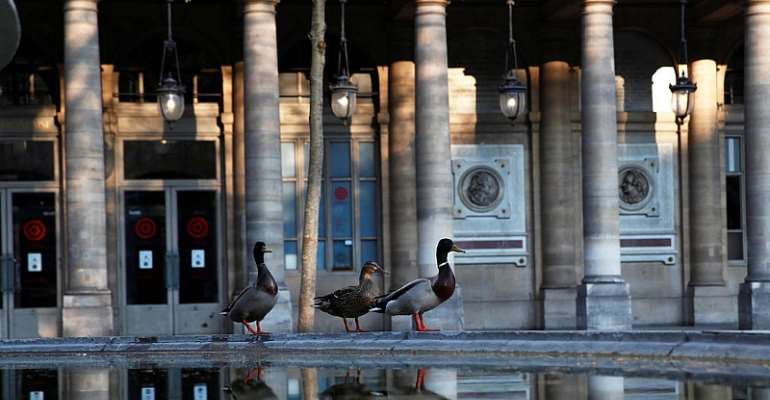 With a slight drop in the number of coronavirus patients in intensive care, France sees a “pale ray of sunshine” in the pandemic, even as authorities report the coronavirus-related death of child, with 987 more deaths in hospitals and nursing homes in the last 24 hours.

In his daily press briefing on Friday, health chief Jerome Salomon said a child under the age of ten who was infected with Covid-19 had died, but added that the child had been suffering from other pathologies, and the death is not only due to the virus.

Salomon said the new 24-hour death toll in France, including 554 people in hospitals and 433 in nursing homes, brings the total to 13,197 since the epidemic began.

The situation in nursing homes remains concerning. The top health official for the Paris region, Aurelien Rousseau, said on Friday that over 400 of the 700 medicalised nursing homes in the region had registered at least one Covid-19 case.

Dying at home
France's official death toll includes those registered in hospitals and nursing homes, but France saw a nearly ten per cent rise of deaths at home in March, compared to 2019. It is difficult to know how many of these are due to Covid-19 cases.

Health professionals on the ground have said they have treated more patients with coronavirus-like symptoms.

It will take a while to measure the real impact of the virus outside of official institutions. The health authority has asked for doctors to report all death reports and the national institute of health and medical research (Inserm) will be analysing the data to determine the real number of deaths linked to the pandemic.

Ray of hope
But the number of patients in intensive care fell for the second day in a row: 62 fewer, bringing the total to 7,004

"This is pale ray of sunshine," said Salomon. "But this timid light is very important for all the medical staff."

He said the “curve” might be flattening into a “plateau”, perhaps showing sings that France's lockdown, in place since 17 March, might be working to slow the spread of the epidemic.

"We have been starting to see over the last days the first effects of the confinement," noted Salomon, adding that extending the measures are crucial.

French President Emmanuel Macron is due to address the nation on Monday, to announce an extension of the confinement measures beyond the current date of 15 April.