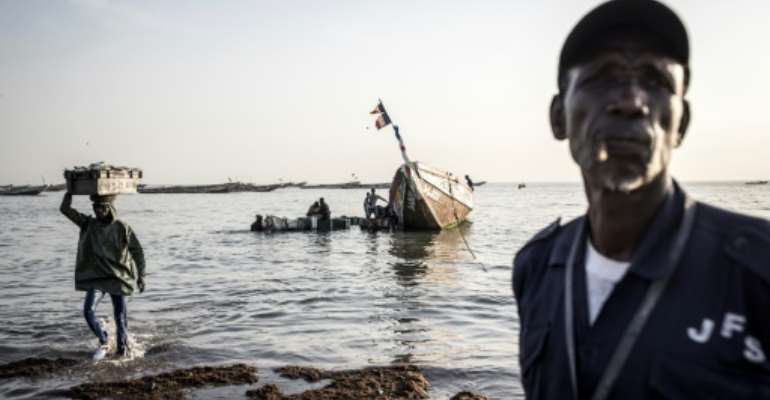 Jobs are safe during the pandemic. By John WESSELS (AFP)

Senegal announced a ban on company layoffs on Friday as food aid arrived for poor people affected by the coronavirus crisis in its bustling seaside capital Dakar.

In a statement on Friday, the government of the West African country said that companies will be forbidden to sack employees during the pandemic, except in cases of gross negligence, starting from April 14.

Firms will also have to choose options such as reducing working hours or opting for shift work instead of temporarily suspending employees.

The government warned in the statement that thousands of workers risk missing out on wages during the pandemic, which could "lead to a cycle of mass redundancies".

Senegal has recorded 265 coronavirus cases to date -- with two fatalities -- a far cry from soaring infection rates in other parts of the world.

But measures taken to curb the spread of the virus, such as a dusk-to-dawn curfew and a ban on large gatherings, are hitting the economy in the poor country.

The government said there has been a "significant drop" in economic activity in the tourism, transport and catering sectors, for example.

About 40 percent of Senegal's roughly 16 million people live on less than $1.90 a day, according to the World Bank.

At a ceremony to mark the delivery of aid, Dakar Mayor Soham El Wardini said on Friday that city residents are beginning to feel the effect of the crisis "on their plates".

The city government handed 400 tonnes of rice, and thousands of packets of sugar and soap, to district leaders to distribute among the most impoverished citizens.

The Central African state of Gabon declared a 15-day lockdown of its capital city Libreville on Friday.