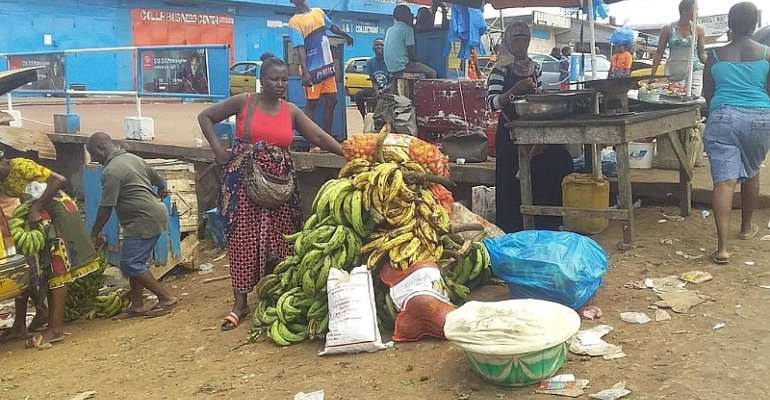 Thousands of people are fleeing Liberian capital Monrovia as a state of emergency goes into effect on Saturday. With 37 confirmed cases of Covid-19 and five deaths reported, President George Weah declared a total countrywide lockdown in order to limit the spread of the coronavirus.

“As a further measure under this state of emergency, all Liberians and residents within the borders of Montserrado County, Margibi County, Nimba County, and Grand Kru County are to stay at home for the next 14 days, beginning at 11:59 p.m. on Friday, April 10, 2020,” Weah said in his declaration to the nation.

In these four counties, no movement is possible without access passes. The other 11 counties will be permitted to move in other communities, but none are allowed to move from one region to another. The Armed Forces of Liberia (AFL) and joint securities will enforce this directive during the 14-day period.

The new measures aim to reinforce the public's adherence to health protocols in order to limit the spread of the virus, as health authorities complained about non-compliance exhibited by some Liberians.

Health Minister Wilhelmina Jallah fears that communities refusing to work with health workers would put many lives at risk and further weaken any effective response of an already fragile health system.

Liberians prepare for the lockdown
Immediately following the pronouncement, thousands of people in the capital Monrovia were out on the street, searching for food or trying to flee.

In the commercial hub of Paynesville outside of Monrovia, 46-year-old Hawa Massaley tells RFI she went to purchase enough food for their upkeep during these period.

“I am a businesswoman, and in times like these we must prepare. We don't know how long this crisis will last so we are buying enough food that will keep us going,” she said as her supplies were loaded on a commercial vehicle.

Others tried to flee Monrovia, such as 32-year-old unemployed Mafanta Sheriff.

“I attempted to go to my parents in the rural areas but with an increase in the transportation fare I am compelled to stay,' she says, disappointed.

To add to the stress, all banks in Liberia were closed on Friday due to the Good Friday holiday.

Sheriff was just one of many who were trying to flee the capital into rural communities where they say life will be more flexible than living in Monrovia during the state of emergency.

Single mother of four Yamah Kezelee, 52, a resident of West Point, Liberia's biggest slum, was among dozens of people in the waterside market in central Monrovia, ignoring health protocols to try and sell her wares.

For Kezelee, whose survival depends on her daily sales of avocados and bananas, she says she is more worried about hunger than the virus.

“It's preferable that the virus kills us than the hunger,” she says.

“This is what I sell daily to feed my children. I am aware the virus is real but I decided to come to this crowded market just to sell and buy few cups of rice,” she said.

The pronouncement has forced people to cluster in various shops and business areas to buy what they can.

For nearly seven days Ansu Sheriff, a resident of central Monrovia, says he and several residents have been without water supply, stressing that they depend on the sale of water in containers by wheel barrel boys to survive.

“How can we go into quarantine without water and electricity? It means we are going to die. Let the government focus and ensure these basic services are affordable,” he says, expressing grave concern.

Parts of the city, such as 9th through 12th streets in Sinkor as well as Barnersville and other adjacent communities are without electricity.

“How do we charge our cell phones if we are not to leave? How do we keep our kids indoors when there is no electricity?”, asks Moses Acquaoi, a resident of 11th Street in Sinkor.

No government economic plan for poor
People throughout the country, but especially in Monrovia, are worried that the government did not provide any practical economic plan to assist low-income earners, extremely poor people and people with disabilities.

Representative Francis Saidy Dopoh III is one lawmaker who insists there should be incentives to ensure that supplies of staple and essential foods are regionally and sufficiently available for vulnerable communities.

“The Government should ensure that employees of Government receive salary advances, while private companies are encouraged to do whatever they can to give their employees advances,” he says.

“Small businesses that have loan obligations should have repayment deferred, including tax returns filings,” he adds.

But despite his criticism, Information Minister Eugene Nagbe told a local radio station that his government is working to assist vulnerable people.

He further noted that his government has already disbursed March 2020 salaries for all public sector employees, adding that water and electricity will shortly be restored.